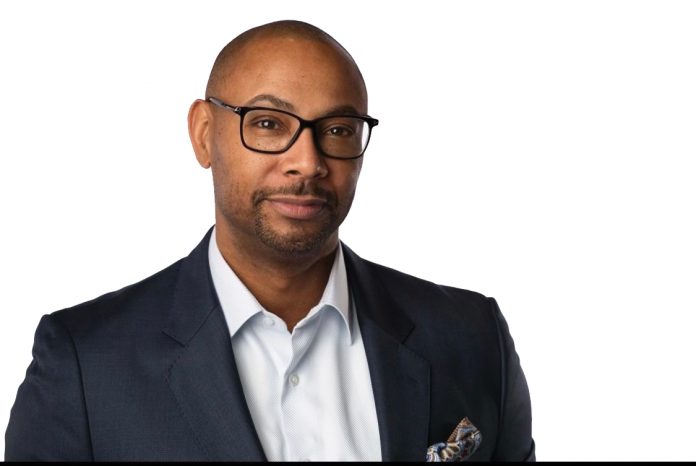 Southeast native Troy E. Rogers, 51, has reason to smile and celebrate life. Rogers, a successful salesperson, grew up in Ward 7 and still calls East of the River home after buying his dream house there seven years ago.

This father of three has meticulously carved out a middle-class lifestyle for himself and his family. The savvy salesperson works hard for Google and savors the rewards of his efforts that allow him to live comfortably in a beautiful house with a panoramic view of the city.

Early Life in the Village

“I was a beneficiary of some amazing people [parents, friends, and family members]. I owe them a lot. I did not have to overcome anything while growing up in Fairfax Village,” Rogers said, commemorating his childhood. Rogers lived in Fairfax Village with his two younger brothers, his mother, and his stepfather.

“DC is special, I think, because of the African American community present here. Besides on television or in the movies, I didn’t see a white person in my [southeast] community until I was around twelve. All my neighbors were black. The mailman was black. The people in the [mom and pop] stores were black,” Rogers remembers with a sense of pride.

Fairfax Village was originally built and developed between the years 1939 and 1941 for the newly arrived federal workers that rented the small garden apartments and semi-detached townhouses during World War II.

The Village, which was the shortened nickname given to the community by locals, always had a reputation for being well maintained and the home of aspiring southeast residents that were both owner-occupied and rented. The entire complex of Georgian-style brick buildings was converted to condominiums in 1976. Alabama Avenue binds Fairfax Village to the northwest, Pennsylvania Avenue to the northeast, Suitland Road to the southwest, and Southern Avenue to the east.

Although he lived in Las Vegas for five years as well as California, Rogers has in the past, continues now, and says he will always call Washington, DC, and particularly southeast—his true love—home.

“I have the best view of the nation’s capital from my southeast backyard. I can see everything! I can see the Basilica [of the National Shrine of the Immaculate Conception], the Washington National Cathedral, and the Frederick Douglass Memorial Bridge. Southeast has everything,” says Rogers.

He bought his current home for $300,000. The house is in Hillcrest enclave called Westover. He shares the single-family all-brick house with his girlfriend Jennifer Anaya and their three children—Karl, 16, Kayla, 14, and Troy Rene, 6. Rogers describes the Ward 7 home as a hidden gem that is exceptional due to the “oversized lots and a real sense of community.”

Rogers has worked as a Cloud Engineering Manager for Google for two years. He specializes in a working knowledge of the Google Cloud portfolio and the ability to share direct involvement in relevant case studies.

“I sell cloud services to the federal government including such things as documents, artificial intelligence, and machine learning. I have more than 20 years of experience in IT sales.”

He plays a part in Google’s quality assurance by always ensuring that clients acquire the greatest value out of the Google Cloud Portfolio. Rogers, who possesses a top secret clearance, is proficient at building compelling business models and proactively assessing risk, and crafting migration strategies.

The Different Sides of Troy

Before working at Google, Rogers was a Senior Systems Engineer in California and a Technical Consulting Manager in McLean, Virginia. The 1992 Towson University graduate has always toiled his technical craft both efficiently and expeditiously. In addition, for one year, from 1999 to 2000, Rogers was an Adjunct Professor at the University of Maryland University College in Rockville, Maryland.

Rogers is not one-dimensional; he knows how to rest, relax, and have some fun.“I put on a big front, but I’m really shy. I’m an extroverted introvert. I’m in sales where I have to turn ‘it’ on and engage. I had to learn to flip the switch,” he said.

Rogers’ overall positive nature supports his beliefs. His strength comes from God and gives him the guidance and wisdom needed to have influence in the world.

“Troy is the epitome of Washington, DC. He continues to give back [to others less fortunate]. He has shown an innate ability to rise to a challenge. He stands up for his community and he stands up for his children as a father,” said long-time friend DeVonne Collins, a Contract Specialist with the U.S. Department of Education, who first met Rogers when Collins was middle school.

Raised in the Catholic faith, Rogers graduated from Bishop McNamara High School, a Catholic college preparatory school in Forestville, Maryland. Later, he joined the Knights of Columbus, a global fraternal service order founded in 1882 by a priest—Blessed Michael J. McGivney. He is also a member of Kappa Alpha Psi which is a historically African American fraternity that began in 1911 at Indiana University.

“If you grew up here in the nation’s capital, you have an affinity for the news. It’s in your system. DC is the most educated African American community that I know. There are special kinds of Blacks here,” concluded Rogers who aspires to retire by age 62 and go on an extensive trip to Africa so that he can “touch a pyramid, visit Egypt and Morocco, and end in South Africa.

With RiverSmart Homes You Can Help the Anacostia