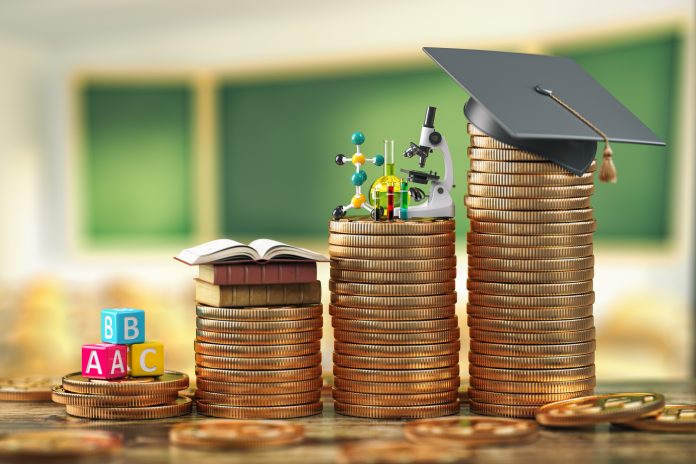 DCPS takes up about 11 percent of the total District budget‚ about $2.2 billion in taxpayer dollars for the 2023 fiscal year which begins Oct. 1. That comes with a 5.9 percent increase in spending per student. It’s the biggest increase in year-to-year funding since Mayor Bowser took office in 2014.

$1.162 billion of the total is allocated to DC Public Schools (DCPS) while $1.101 billion will go to the Public Charter Schools. Those sums are supposed to be allocated through the same process, a budget method that has changed for FY23 with a view to increased equity, transparency and stability.

So how, exactly, are schools funded? And what determines how much each school receives?

Funding Starts with Students
Even experts say that understanding DC’s school budget is a challenging endeavor. But at its core, school funding starts with the student. School funding is largely dictated by enrollment.

The basis of both DCPS and DC Public Charter School budgets is local dollars provided via the Universal Per Student Funding Formula (UPSFF). For FY23, the budget proposes a UPSFF foundational level of $12,419 per student, the amount needed to provide a student with general education needs. Each school receives this amount multiplied by expected enrollment.

School populations are estimated based on various factors including school counts from previous years. Enrollment counts are finalized on Oct. 5 of the school year, which can lead to budget adjustments.

The UPSFF base amount is supplemented by targeted support given according to added weights that reflect the costs of serving additional student needs, such as special education (.3 of the base), English Learners (EL, .2 of base) and those considered “at-risk” of academic failure (.2 of base for every student in schools with a population of 40% at risk; another .2 for every student in schools with a population of 70% or greater at risk). Those numbers are multiplied by the number of students in each category; a student may be in more than one category. The sum of these base and supplemental amounts is the foundation of each school’s budget.

But schools can also receive supplements in the form of stability funding which is intended to shield schools from the impact of fluctuating enrollment and to ensure year-to-year budgets do not decrease more than five percent, as required by DC Code. Stability funds include one-time stabilization payments provided in the form of the Mayor’s Recovery Fund (to help schools keep up with rising costs) and Hold Harmless Funds (meant to ensure budgets stay consistent year to year).

DC LEAs (Local Education Agencies: DCPS is one LEA and the Charter Schools are 68 LEAs) also receive federal funding, largely directed through the Office of the State Superintendent (OSSE). This can include Title 1 funding, given to schools with a high concentration of low-income students in order to close the achievement gap.

Changes
The biggest difference in the updated model for FY23 is that schools have the flexibility to make budgetary choices to meet their school needs. In the previous Comprehensive Staffing Model (CSM), central office provided staff and non-personnel services to schools based on enrollment and school level. In the new model, after funding is determined through the UPSFF, the stability funding has four different sub-categories of resources: safety net, stabilization funding, recovery funding, and hold harmless funding.

This new method allows principals and Local School Advisory Teams (LSAT) to make decisions about how they spend these funds. But those decisions are within limits. Funding allocations are designated for spending on a scale of 1, 2, or 3 with items designated as 1 having a required use and funds designated 3 being fully flexible. Changes made to level 2 items must be reviewed by DCPS central office. But the new model allows limited leeway for schools to make decisions to cover a mix of what is required and desired as their funding allows.

Public Charters
DC’s charter schools are largely funded in the same way as public schools. The basis of their funding comes from the UPSFF, including the same calculation factoring in base amounts plus additional weights where applicable. They also have access to program funding and make determinations about staffing according to the needs and wants determined by each local educational agency (LEA) and limited by their budget.

“For the most part —with some minor exceptions, usually from legislation, all the local money that schools get comes through that formula,” said DC Charter Alliance founder Shannon Hodge. Where there are differences in funding, they are outside that basic method, she said.

Advocates for charter schools say that DCPS benefits from its role as a District agency. For instance, the 2013 DC Education Adequacy Study found that District agencies provided services to DCPS to the tune of about $1,434 per student, including legal services from the Office of the Attorney General (OAG) and IT support from the Office of the Chief Technology Officer (OCTO). Charters received benefits valued at about $141 per student. “Our concern is when funds or services are going to DCPS that charter schools have no access to,” Hodge said.

Because DCPS is mandated to operate neighborhood schools, it has to maintain buildings across the city, even if some are underutilized. These schools operate in government buildings that are maintained and modernized from the District’s Capital Budget.

In contrast, charter LEAs are independent not-for-profits and must find, improve and maintain their own building, although the District provides a per-pupil facility amount of $3,408. Notably, charter schools do not have to spend this amount on facilities and can redirect unused amounts to other budget items, including anything from supplies to teachers or professional development. The end of FY23 will be the first year that DC Charters will employ a set of common reporting standards, Hodge said.

Also, unlike DCPS which sets flexibility levels for some funding allocations, charter schools do not have a single set of guidelines governing spending in each of the 68 charter LEAs. “When the city allocates money to charters through that funding formula, there are no restrictions on that money,” Hodge said. “Each LEA decides how they spend that funding.” There is an expectation that some funds, such as at-risk and English language learning support, go to provide for those student needs, she said. However, budget decisions are independently made by each LEA, including the number and income level for teachers.

A Fiscal Cliff
School watchers say that there is much to praise in the new budget, including the increase to the UPSFF base rate and increased supports for mental health services in the schools. But they also say that the District needs to find a way to sustainably fund schools year over year.

Stability funds, especially the tens of millions in one-time payments, are papering over future cuts. A 5.9 percent increase in the UPSFF does not account for 9 percent inflation rate in 2022 or the very real rising costs. For the same reason, charter school advocates have also called for a greater increase in the facilities fee they receive.

Qubilah Huddleston, a policy analyst with the DC Fiscal Policy Institute (DCFPI) said that the budget actually creates losses for many schools. As proposed, 58 of the 116 schools in DCPS would have FY23 budgets lower than their FY22 submitted budgets, which were buoyed by federal dollars.

Many schools used these funds to pay for reoccurring expenses, such as teaching aides and subject-specific teachers, she said. According to DCFPI analysis, 73 schools have initial FY23 budgets that would not keep up with real costs.

“DCPS needs a plan to ensure that local school budgets are sufficient during and beyond the pandemic to avoid a fiscal cliff,” said Huddleston. She said year after year, schools have to trim staff because budgets are not keeping up with costs.

Declining Enrollment
Declining enrollment is a major concern, as DC school budgets are calculated per student. The office of the Deputy Mayor for Education (DME) projects that DCPS will lose 1,000 students next year, 697 of them from schools in Wards 7 and 8—DC’s Blackest and lowest income communities.

Those schools projected to lose a classroom or more worth of kids will lose significant funding. That creates problems, said Huddleston, because that budget must still fund teachers required for classrooms that might have lost one or two students. Schools are forced to trim around the edges to maintain staffing levels. That means less funding for the schools that already struggle to meet the needs of their students.

The difference is frequently made up using at-risk funding. DCPS is supposed to use those funds to supplement school funding, rather than to replace basic funding. Numerous analyses have shown that is not the case for DCPS. Veteran education analyst Dr. Mary Levy found that 40 percent of at-risk funding in FY23 will cover special education and basic programming, especially true of schools east of Rock Creek Park.

This points to the ways the new flexibility can force some school principals and LSATs to make difficult choices. For instance, Ward 7 State Board of Education representative Eboni Thompson told a March DC Council hearing that Beers Elementary in Ward 7 is using at-risk funds in FY23 to fund a music teacher. Meanwhile, Meyer Elementary in Ward 3 pays for music instruction from the base funding. “If we’ve gotten the formula right,” she asked, “shouldn’t Beers be able to cover a music teacher, and then because of additional funds, be able to add more staff and focus on intervention and support?”

DCFPI’s Huddleston says there is a lack of data showing where and how money is being spent. The combination makes it difficult to assess if the funds are being targeted to meet the needs of at-risk students.

There’s a lot of money, but it is not clear that all District schools are able to provide the basics and then go even deeper to offer additional support or programs such as music and art. With equity and transparency as the explicit focus of the new model, it remains to be seen how well the new model will adapt to school needs in this new phase of the pandemic. 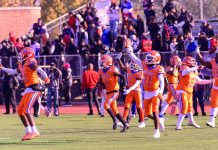 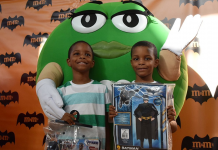