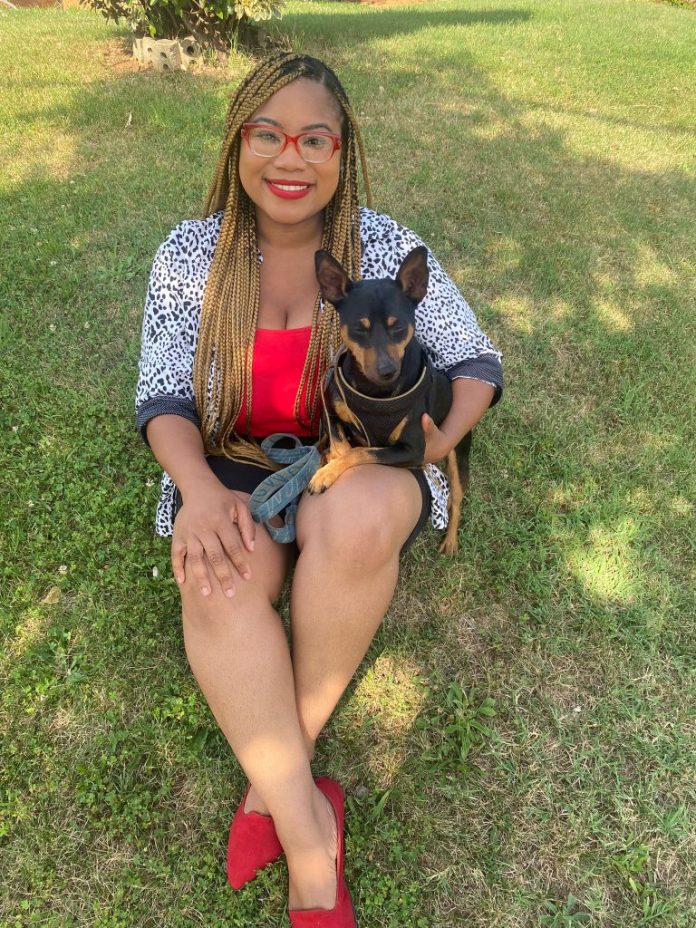 I reside in lovely, historic Deanwood along with my really big multigenerational family and my miniature Doberman Pinscher Dynamite. Dynamite and I explore trails and enjoy camping. We have led a few “Pack Walks,” hosted by the Friends of Kenilworth Park and Aquatic Gardens.

I am a member of the African diaspora and also count Native Americans among my ancestors. Both these cultures lived close to nature, embracing holistic medical practices. My own lifestyle still strongly draws from these roots. As a result, I find it disappointing that the words “dog park” have become synonyms for gentrification. Along with many of my neighbors, I too desire a safe space to exercise my beloved Dynamite.

During my candidacy, as an at-large city council member, I participated in many debates. My first was hosted by DC for Democracy. I clearly recall nervousness and enthusiasm. The evening was going well. I delivered my positions on hard topics confidently.

I dug a little deeper.

Residents should drive the conversation on land usage, I said. They are best suited to assess their community’s needs. They should decide on a grocery store, affordable housing or even a dog park.

Upon my utterance of the words “dog park,” the online audience began to buzz. Some asked if I cared about pets more than people. Others thought I supported the developers displacing Native Washingtonians.

Instantly, I discovered the words “dog park” constituted a code for anti-Blackness. My people-centered, inclusive and compassionate approach to the development of public land was missed by some listeners. A 30-second response proved inadequate to unpacking the antipathy of many of my neighbors held in their hearts and minds towards those two simple words.

Pet ownership is a privilege that many economically stressed residents do not have, I realize. Renters with pets pay a higher security fee. Public housing residents are forbidden from having dogs, even if they are emotional support animals. All this is aside from the expense of caring for a beloved pet, which requires having a disposable income. The privilege of pet ownership, is oft overlooked when a community is forced to make choices based on survival and not comfort.

Black people love animals and dog parks. I know. I am one of them!

However, we do not want dog parks to be prioritized over meeting the basic human needs. My community has inadequate affordable housing, zero hospitals and very limited access to quality fresh food or grocers. So, talk about dog parks leaves my neighbors feeling invisible.

The words “dog park” imply “green gentrification,” the racial wealth gap and privilege, because all of these topics are interconnected. My neighbors should not have to choose between a new grocery store, affordable housing or a “dog park.” Rather than arguing over accommodating Black pet owners, lets collectively fight for environmental justice, break down uninformed stereotypes, demand equity and equality. Black residents East of the River deserve it all.

Leniqua’dominique Jenkins holds a Bachelor’s in Political Science from the University of Houston. She worked on Capitol Hill and in Africa, India and Spain. Currently, she serves a preschool teacher at a language submersion school in Ward 7.