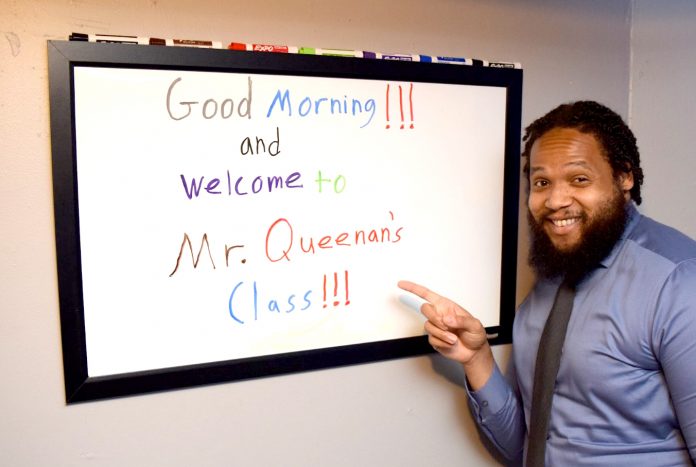 Children sometimes catch the acting bug at an early age while others find their passion rooted in sports or music. Ahmad Queenan was a little different; he wanted to do something to inspire others, so he became a teacher.

“When I was growing up my mom was the director of a career counseling center. She really inspired me. I was only about 12 but knew then that I wanted to help people,” Queenan recalled.

Forming Roots in Ward 7
Queenan, along with his girlfriend and her daughter, Tsjenna Daley and Eden Jones, are recent transplants to Ward 7 and the Deanwood area. They purchased their first home together a little less than one year ago. The science teacher finds the 20-minute commute from home to work convenient. The semi-detached four-bedroom house on Fitch Place was once a vacant structure that has been stylishly remodeled.

The Deanwood community, like all parts of the federal city, is in continuous flux and steadily changing. It is a two square mile neighborhood deeply steeped in history. Deanwood is the birthplace of worldly renowned singer Marvin Gaye. The northeast neighborhood was initially developed on a former plantation site and was once the home of women’s rights activist, Nannie Helen Burroughs.

According to www.culturaltourism.org, though most people refer to the community simply as Deanwood, the area encompasses earlier established neighborhoods like historical Burrville, Lincoln Heights, and Whittingham. 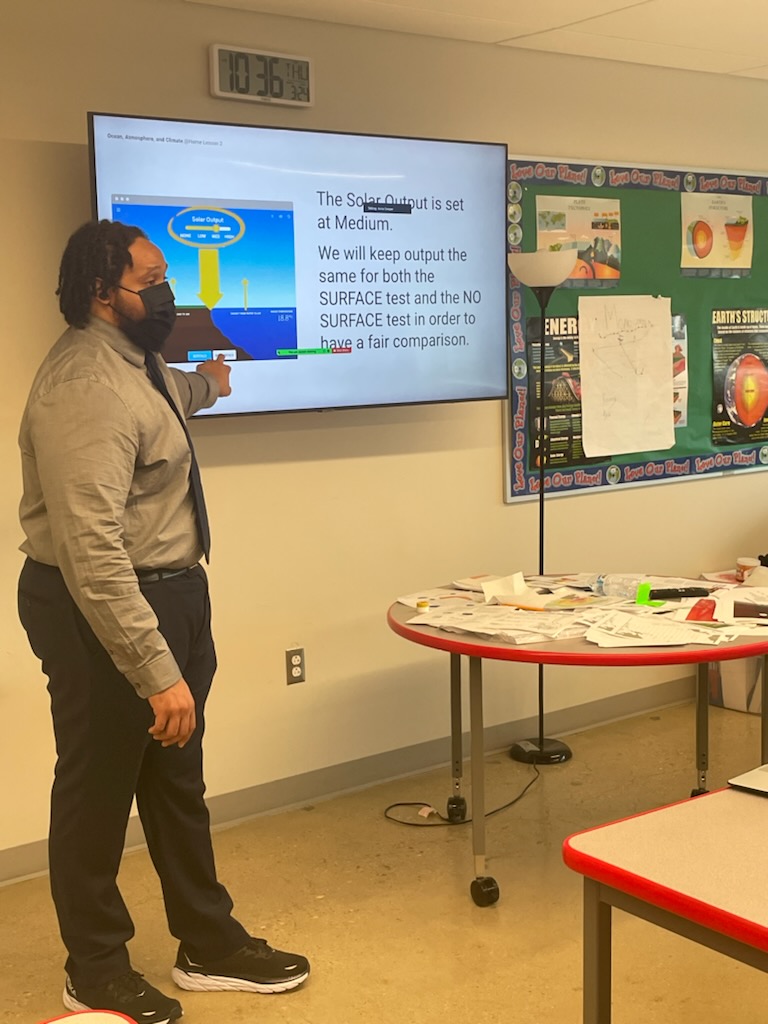 Besides the affordability on a fourth-year teacher’s salary, Queenan loves the Deanwood neighborhood for its proximity to downtown and access to highways and surrounding communities. Daley, a native Washingtonian who met Queenan through his cousin and her co-worker, commented that their “blended family has every intention of thoroughly enjoying all amenities that Deanwood affords.”

Eastern Shore Native
The now 33-year-old Queenan was reared by a single parent, his mother, Theresa Queenan, who had separated from his father, Oscar Rider. Queenan grew up in Salisbury, Maryland and credits his mother for instilling and cultivating his altruistic spirit.

Queenan always liked science and math despite once being advised by a junior high school teacher not to pursue a career in science, technology, engineering, or mathematics (STEM). Queenan said that he enjoyed a fortuitous meeting with the same teacher years later that allowed Queenan to show off his biology degree, earned from Morgan State University in 2011.

Deanwood reminds Queenan of certain facets of the Eastern Shore. Although Deanwood is part of the sprawling nation’s capital, it is nestled away from much of the development ongoing throughout Washington, DC. Deanwood is considered a close-knit community and Queenan fondly recalls the closeness and familiarity he felt growing up in that same quiet, country-style environment.

Born to be an Educator
Queenan currently is a science teacher at the Social Justice Public Charter School located at 5450 Third St. NE. Part of the school’s mission is to create learners to be scholar-activists who will become designers of a more just world. He plays a large part of the school’s Restorative Justice Program in STEM focus.

According to Latiese Orakwue, Queenan possesses qualities of a gifted educator.

“He was my son’s fifth grade teacher at Van Bokkelen Elementary (within the Anne Arundel County Public School system) in Severn, Maryland. That year in 2020 everything was virtual. I noticed that (Queenan) was very attentive. The kids gravitated toward him.”

“He couldn’t wait to log in every morning. Mr. Queenan made his entire class and every subject fun. He incorporated a lot of interactive games that enhanced the learning process. Mr. Queenan is the first African American male teacher that Jeremiah ever encountered. Mr. Queenan connected with Jeremiah and the other students by teaching math and English on a sports level,” Orakwue said while hinting that both she and her son still miss Queenan as a teacher.

Queenan’s success in the classroom derives from his ability to make science relatable. While teaching a unit about cells, Queenan used the students as simulators to model the cells’ functions. The classroom was thus turned into a hospital or science laboratory and the elementary students transformed into medical students.

“The biggest continuous challenge I face is making sure that the students are always engaged,” Queenan said. “Everything nowadays is vying for their attention – cellphones, advertisements, the internet, TikTok.”

“At least one time each quarter, I ask my students what they think science is and give them little surveys. They sometimes do not feel that scientists look like them. I try to change that narrative as a norm.”

Just as the potential for a towering redwood tree rests in a miniscule seed and a giant tortoise awaits in an egg, so too does untapped human capital dwell within the form of innocent children. That is the gift bestowed upon effective educators such as Ahmad Queenan.

With RiverSmart Homes You Can Help the Anacostia