The Ward 7 Redistricting Task Force met for the final time Thursday evening to discuss and amend the final report they will send to the DC Council on April 1.

The map, initially proposed by task force member and Chair of the Marshall Heights Civic Association and Fletcher-Johnson Taskforce Keith Hasan-Towery, includes several changes that have been approved and made by the task force in their subsequent meetings. The task force previously voted to advance this map by a vote of 15 to 3.

A group of six task force members: Eric Rogers, Keith Hasan-Towery, Francis Campbell, Justin Lini, Ashley Ruff and Wendell Felder, in addition to the task force co-chairs Tamara Blair and Joel Caston worked collaboratively to craft the final report this week which was amended and approved by the task force during the meeting by a vote of 15-2.

Amendments to the Final Report

Before the final vote to advance this report, several small adjustments and edits were made to the written document. The task force then thoroughly discussed the section, presented by task force member Francis Campbell, of the report entitled “minority rationale” that explains the viewpoints of those who remain in disagreement about the final map and includes a west of the river ANC.

Task force member Dr. Marla Dean proposed an amendment to the final report that creates a section, a rebuttal, that specifically addresses the minority report’s concerns and gives the remainder of the task force an opportunity to express their rationale for concerns related to the minority report.

In response, Campbell proposed including a rebuttal to the rebuttal that would allow for rationale to be given to the concerns addressed in the first rebuttal.

Task force members also expressed concern about the section that includes the “major substantive comments raised by the comment” saying that it was not fully inclusive of all comments from the community throughout the process. Both co-chairs Blair and Caston and task force member Ashley Ruff plan to sort through additional comments from the virtual community feedback sessions and comments in the Zoom chat to include in the final written report.

Task force co-chair Joel Caston thanked the members for their hard work over the past several months and their dedication to ward 7.

“It’s not a perfect report, but thank you to the perfect hearts who put their hands into doing this work,” Caston said.

A recording of the March 28 meeting is available on YouTube. The task force’s final map and report must be submitted to the DC Council by April 1.

Sarah Payne is a general assignment reporter for the Hill Rag and East of the River Newspapers. She can be contacted at sarahp@hillrag.com.

Note: two task force members were absent during Thursday night’s meeting. They will be submitting votes at a later time regarding the amendment and approval of the final report. 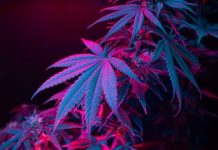 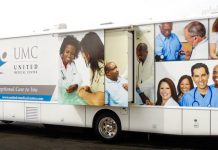 Art And The City