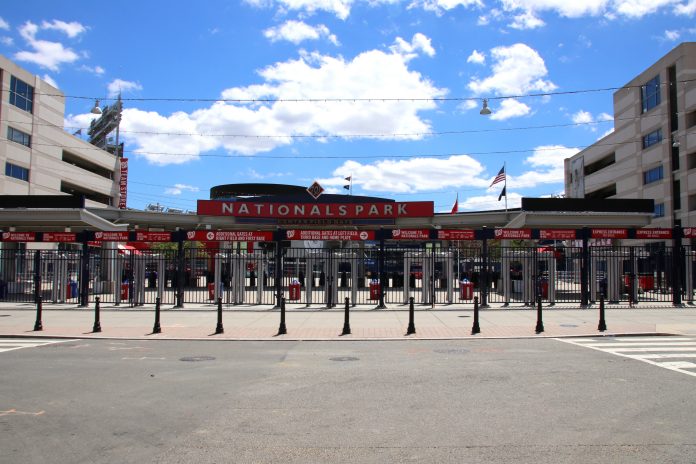 If one were to ask a non-interested observer about when the “revitalization” began of the neighborhood between the Southeast Freeway and the Anacostia River, it’s likely that the answer would have something to do with the arrival of the Washington Nationals. Some might have picked Sept. 2004 the Montreal Expos relocated to DC and the city decided to construct the team’s stadium on South Capitol Street, and other’s would choose the ballpark’s opening in March 2008.

After all, in the preceding years the area hadn’t exactly been a destination for non-residents unless you worked at the Navy Yard, or knew someone who lived in one of the Capper/Carrollsburg public housing buildings, or who frequented the multiple dance clubs or strip clubs, or who needed cheap industrial space.

The Nationals put the neighborhood on the map, many pundits would say. And yet, while there is no denying that 2005 and 2006 saw a “gold rush” of money being thrown at long-time landowners as big real estate companies swooped in, a strong case can be made that Nationals Park merely threw accelerant on the redevelopment fire that had actually started smoldering a few years earlier.

The City and the Feds
In 1995, Congress approved spending $200 million to modernize and construct portions of the Washington Navy Yard that would become the new headquarters of the Naval Sea Systems Command (NAVSEA) and bring more than 4,000 new employees to the brick-walled enclave.

Five years later, 19 federal and District agencies signed the Anacostia Waterfront Initiative, committing to restoring the city’s “forgotten river.” Not long afterward, federal legislation passed that allowed the General Services Administration to partner with private developers for the first time in its history in order to redevelop the 55-acre Southeast Federal Center site south of M Street and east of South Capitol Street.

And in 2001, along with the official opening of the NAVSEA HQ, GSA chose JBG Cos. to build the new US Department of Transportation headquarters at New Jersey and M, and the Department of Housing and Urban Development awarded a $35 million grant to the DC Housing Authority to replace 700 aging public housing units at the Arthur Capper project between 2nd and 5th Streets SE alongside construction another 800 units of market-rate offerings.

Because of these moves, by the time ground was broken in spring 2006 for what would become Nationals Park there were already five new office buildings completed along M Street SE and one more underway, filling up with contractors wanting to be close to NAVSEA and the Navy Yard. GSA had selected Forest City Washington to develop what would become “The Yards” on the rest of the Southeast Federal Center site. Capitol Hill Tower, a co-op that would be the neighborhood’s first “luxury” residential building, was under construction at New Jersey and K, opening in 2006 along with its sibling on th south side of the building, the Courtyard by Marriott hotel. Two buildings for low-income seniors were under construction as part of the Capper revitalization plans. And the Marines’ new Bachelor Enlisted Quarters had opened at 7th and L.

2006 also saw the last residents “temporarily” moved out of the existing Capper/Carrollsburg buildings. Nightclubs such as the Nexus Gold Club, Nation, Ziegfield’s, and others closed down, along with warehouses, asphalt and concrete plants, car repair garages, fast food joints, liquor stores and taxicab companies.

The Great Demolition was underway. From 2003 until the bulk of it was over at the end of 2009, more than 150 buildings would be torn down.

Construction Explodes, Then Slows
Construction fences went up with colorful signage heralding planned apartment and office buildings with ground floor retail, accompanied by legions of construction cranes and workers in hard hats. And the city worked to not only get the ballpark completed but the associated infrastructure and streetscape improvements it had promised.

Other than Five Guys, Subway, CVS, and the Starbucks that opened at USDOT in 2007, there was little else to offer visitors other than torn up streets and dust. One could walk the streets around the ballpark on Sunday morning and see nobody other than construction workers.

Major League Baseball made its first regular season debut at Nationals Park on March 30, 2008, with much of the sell-out crowd emerging from the newly expanded Navy Yard Metro station, and others parking on the numerous surface lots put into use while developers waited for the right time to get started.

Unfortunately, by the time Ryan Zimmerman hit the walk-off home run that gave the Nationals a win for their first game at their new home, both the U.S. and the global economies were starting to teeter. “The Great Recession” clobbered investment banks (among many others), which then clobbered companies that needed loans and couldn’t get them, like real estate developers.

Buildings underway slowed and then stopped altogether, such as the office building at 1015 Half Street and the renovation of the Pattern-Joiner Shop at the Yards into The Foundry Lofts, with both buildings standing incomplete for many months. The deep hole that had been dug immediately north of Nats Park for a new residential project remained unfilled for years.

From spring 2008 to fall 2011, not a single project funded by private developers began construction in the neighborhood. But government money allowed a number of high-profile projects to start, including the new twin 11th Street Bridges spans, the Yards Park, Canal Park, and the mixed-income townhomes at Capitol Quarter. The financing behind the construction dust was now different, but the dust remained ever present.

Equally slowly, the thousands of square feet of retail space that had remained mostly empty began to fill in, first with smaller offerings such as Potbelly Sandwich Works and Lot 38 Espresso, then with more high-profile arrivals, notably in the retail spaces in the historic Boilermaker’s Shop and Lumber Shed buildings at the Yards, where Bluejacket Brewery and Osteria Morini opened within weeks of each other in late 2013. And by 2018, there were not one but two full-sized grocery stores.

Assessing Two Decades of Change
As the 2010s ended, the neighborhood was approaching the visions that had been laid out two decades earlier. It not only had become home to thousands of residents and office workers, but it became a draw for people from all around the DMV beyond just trooping in and out of the ballpark gates. Nats fans now had places like The Salt Line, Mission, and Buffalo Wild Wings to hang out at on game days. Parents pushed strollers down from Capitol Hill to take advantage of the splash parks at Canal Park and Yards Park, or to sit on the grass and watch Friday night concerts, or just to amble along the Anacostia Riverwalk.

As an exclamation point on all of this revitalization, in 2019 a most unexpected playoff run ended with the Nats winning the World Series. (They still haven’t actually won a World Series game at home, but let’s not quibble.)

Not all of the changes seen south of the freeway have been welcome, of course. Block after block of similarly shaped 12-story buildings leave some observers cold. Cheap eats at old places like the Market Deli are now pretty hard to come by. The four gas stations that were in operation in 2003 have disappeared. The Display Ship Barry left its longtime pier at the Navy Yard. Traffic has increased markedly, and even with separated bike lanes and new stop lights, it’s still not easy for vehicles and bicycles and pedestrians and scooters to safely share the streets.

And one of the earliest pledges of the neighborhood’s new path remains unfulfilled, as progress has stalled on the promised number of public housing units, preventing many previous Capper/Carrollsburg residents from returning to the area that used to be home.

Almost everything has changed in the neighborhood in the 20 years after the first redevelopment plans were put into the pipeline. Even so, there are still more buildings to come. There will also be more residents, more office workers, more restaurants and more traffic.

Hopefully there will also be more playoff games. After all, while Nats Park did not actually light the development fire, the stadium and its team are at the heart of this “new” neighborhood.

Jacqueline Dupree, a longtime Capitol Hill resident, tracked the redevelopment of what was known as Near Southeast from 2003 to 2020 at her web site, JDLand.com, where thousands of photos documenting the journey from “before” to “after” are available for browsing.