The District’s redistricting process, undertaken every ten years to balance the population of all eight wards, is well underway. On Nov. 1, the Subcommittee on Redistricting, which directs the work of DC Council, released three draft maps for comment. In each, the borders of Wards 7 and 8 shift across the river to include communities currently located in Ward 6.

Among residents on the east side of the river there seems to be consensus on—or resignation to — the broad movement of the lines on the map.

However, in public meetings, residents expressed concern with the impact of redistricting on their communities. Residents repeatedly raised themes of economic development, racial identity, gentrification and representation. Many said they are worried about the impact of a “new” Ward 7 and Ward 8.

Redistricting
The process of redefining electoral districts is undertaken by every state (and DC) every ten years, designed to ensure that every vote carries equal weight.

DC Council has appointed a Redistricting Subcommittee to direct this work. Chaired by At-Large Councilmember Elissa Silverman (I), it also includes two other at-large members, Anita Bonds (D) and Christina Henderson (I).

Economics
All of the District’s wards grew in the last decade. Ward 7 expanded by 6.3 percent and Ward 8 by 6.6 percent. But Ward 6 grew by an astounding 41.6 percent, driven by tremendous development and an influx of largely affluent, white residents. Many residents said redistricting was an opportunity to distribute that opportunity and the resources and amenities that come with it.

But many residents placed economic arguments at the basis of their proposals to redraw political boundaries for Wards 7 and 8. Many argued that redistricting was the opportunity for historically Black communities to have a voice in District development.

At the Subcommittee hearing on Ward 8, Commissioner Jamila White (8A05) said that including up-and-coming neighborhoods in a newly defined Ward 8 could allow a wider section of the community to benefit from growth.

White proposed leveraging development on the west side of the Anacostia to get additional amenities on the east side. “Development will have to shape not only the whole ward, but the whole city,” White told Silverman during the Ward 8 hearing.

At the Oct. 16 meeting of the Ward 8 Democrats, Chair Troy Donté Prestwood said many people see redistricting as an opportunity to loop additional grocery stores into Ward 8. “I think psychologically, it does make a difference for many people in our ward,” Prestwood said. “It is a thing.”

Silverman pointed out that redrawing ward boundaries will not improve access to amenities.

Practical Concerns
However, many argued that expanding those boundaries to include affluent residents could be a double-edged sword. At the Ward 7 subcommittee meeting, DC Health Alliance Network Founder Ambrose Lane said an increase in area median income (AMI) might stimulate development. But he worried that the resulting shift in data such as health statistics could affect access to programs and services for those in need.

There are practical differences between the communities in Wards 7 and 8 and those that could be added. One is in how they communicate, residents said. If a future councilmember relies on online messaging, some parts of the community will be more informed than others on matters that could affect their lives.

At the Ward 7 meeting, Commissioner Dorothy Douglass (7D03) said that many residents weren’t even aware that redistricting was happening. “How you all going to make sure those that can’t read, those that don’t have computers, those that want [to] can address these issues?” Douglas asked.

Residents said they are worried they will lose part of their collective identity. Commissioner Brittany Cummings (8E06) said that residents have expressed concern that adding more affluent white neighborhoods like Navy Yard or The Wharf to Ward 8 could lead to DC becoming less Black.

“DC has already lost so much of its Black population that the ‘Chocolate City’ nickname doesn’t always feel like it applies,” said Cummings. “We really want to make sure that we’re doing all we can to keep DC and keep the ward Black and not help gentrification continue to displace residents.”

But others argued for greater diversity. Ward 7 Commissioner Delia Houseal (7E06) said that she would like to see Ward 7 reflect more of the diversity and richness of the differing cultures and socioeconomic statuses that exist throughout the District. “There is strength in diversity,” Houseal said. “I think there is value in mixing both individuals from different social demographic characteristics and backgrounds.”

Representation
Councilmember Henderson asked attendees of the Ward 7 meeting if they had any concerns about political representation that might come with the change in Ward 8 demographics when Ward 6 residents are included. Commissioner Salim Adofo (8C07) said he did not see the addition of a few thousand people, not all of whom would be eligible voters, as having a significant impact on Council elections.

Still, others said they feared that redistricting could lead to a loss of political voice. Commissioner White said she grew up in Barney Circle. When that neighborhood moved into Ward 6 as part of a previous redistricting, she said it felt like the neighborhood lost their voice and made it difficult to advocate for change. Now she feared the same thing might happen to her current neighborhood, Anacostia.

”If Anacostia were to go back to Ward 6, would we really have that voice? Would we be overshadowed? Because we know that those with the greatest money usually have the greatest influence,” White said. Conversely, she said bringing historically Black communities of the Ward 6 waterfront into Ward 8 would give them a louder voice in allegiance with neighborhoods east of the river.

But others argued for more representation, proposing Wards 6, 7 and 8 be redrawn to the east and south of the river so that more council members could speak to area concerns. Commissioner Brian Thompson (8A03) said such a change would help get rid of what he called “the whole ‘east of the river’ stigma,” bringing more economic areas into Ward 8 but also facilitating greater interaction between people in different neighborhoods.

“I want people living in a condo in Navy Yard to meet people from Congress Heights at Ward 8 events,” said Thompson.

The final city-wide redistricting hearing will take place at noon on Friday, Nov. 5. Watch it live at https://dccouncil.us/council-videos/ Learn more about the redistricting process by visiting https://www.elissasilverman.com/redistricting. 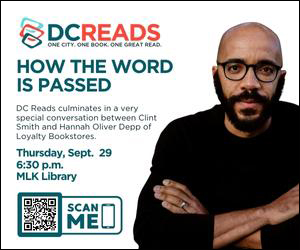 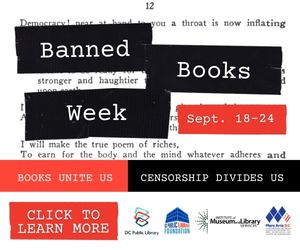 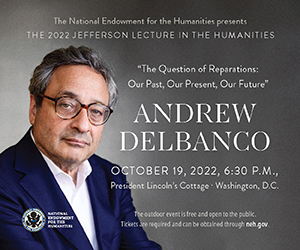 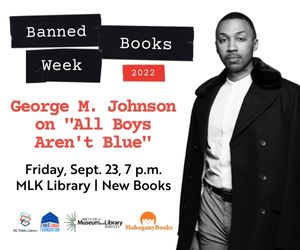