The District is holding a public hearing about what will happen to parts of Reservation 13.

The property is located in Ward 7 to the east of Capitol Hill, in Advisory Neighborhood Commission (ANC) 7F. It is 67 acres of land bordering the Anacostia River, the site of the former DC General Hospital.

The Office of the Deputy Mayor for Planning and Economic Development (DMPED) will conduct an online public hearing on May 20 regarding property to be developed on Reservation 13 to get community input on the proposed use of the Property.

The properties in question are located between Independence Avenue and the continuence of Massachusetts Avenue, east of St. Coletta School and the new Park Kennedy Apartments. They include Parcels A, B-1, B-2, C, Parcel E, F-2, G-2, and H, outlined in red on the map below.

A Request for Proposals (RFP) for development of the properties “into a vibrant, mixed-use urban waterfront community” was issued in November 2020 and closed Feb. 1. Properties were ‘bundled’, with one package including parcels C, E and H and the other bundle  including A, B-1, B-2, F-2 and G-2.

Developers have created teams that have already submitted proposals for the sites.

For Bundle 1, these include tea Blue Skye and Donatelli Development and NRP Group and The Argos Group.

Groups of residents have already been clear about what they want for the property –and the focus is on affordable housing.

The advocacy committee of Capitol Hill Village (CHV) the volunteer-based organization that helps seniors age in place, have said they want to see senior affordable housing ont he site.

On April 24, coalition of congregations and community organizations Washington Interfaith Network (WIN) held a rally on Reservation 13 at which they asked developers to commit to “1/3, 1/3, 1/3”.

The rallying cry calls for 3,000 housing units at Reservation 13, with a third allocated to deeply affordable homes (0-30 AMI); a third to 30-60 percent AMI, and a third at market rates. At the event, two developers agreed to commit to the vision.

Speaking at the April 24 event, Reverend André N. Greene of Varick Memorial AME Zion Church (255 Anacostia Ave. NE) said that the action was on the District, to remind them they will be held accontable.

The group gathered to pray for developers, and to push them for a bold vision, “for if their vision is not bold, we’re asking them to go back to the drawing board,” Greene said.

“For if we don’t say anything, who will?”

See notes from DMPED actions regarding Reservation 13 development at https://dmped.dc.gov/page/hill-east-district-redevelopment

East of the River Reopens This Fall! 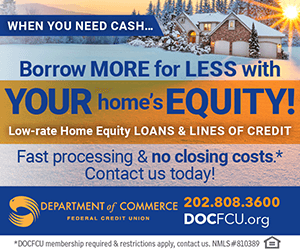 East of the River Reopens This Fall!