On January 2, 2021, 19 newly-elected representatives were sworn in for the five Ward 7 Advisory Neighborhood Commissions (ANCs). The ceremony, like much of the campaign, took place virtually, with Ward 7 Councilmember Vincent Gray (D) administering the oath of office.

The large incoming class means that many Ward 7 ANCs will meet in January with a majority of their seven seats filled by new commissioners. They come to a difficult job in a difficult time, meeting virtually to help residents confront the all-too-real issues raised and, in many cases, exacerbated by the pandemic, including issues of health, public safety, education and housing.

Meet your newly elected representative below. Learn more about ANCs by visiting anc.dc.gov.

Rebecca J. Morris (7D06) ended a 2020 run for the Democratic nomination for the Ward 7 DC Council seat in June. She wants to work with her neighbors and 7D commissioners to help implement her ideas to better the Ward 7 community. “Everyone’s input is important for the future of the environment which we live in,” she said.

Coming to DC as a teenager, Morris graduated from the University of the District of Columbia with an Associate’s Degree. A former mortician’s assistant who worked as a server until the pandemic hit, Morris recently started a position as a CARES teacher with DCPS. In the summer, she started volunteering, partnering with St. Luke Roman Catholic Church on Fridays to hand out meals to those not qualified for food stamps.

Morris said that she has three goals for her term. First, she wants to work on traffic safety, helping neighbors to get speed bumps, something she said has been called for on virtually every residential street in her SMD in the face of speeding. Secondly, she wants to work towards getting a playground installed somewhere in the area, so kids have a place to play.

Finally, food security is a major focus. Morris would like to establish a farmer’s market in the area. Not only will a farmer’s market provide access to healthy food, she said, but it will also draw attention to efforts to maintain the park, where she has hosted several clean-up sessions.

Morris would also like to implement additional job-training and educational opportunities, saying that one of the reasons so many people are hanging around outdoors on street corners is because they lack opportunities inside.

The New Commissioner said she is always open to listening to constituents, offering her telephone number to facilitate conversation. “I’m an open book, and if you have any issues, we can always work together,” she said. 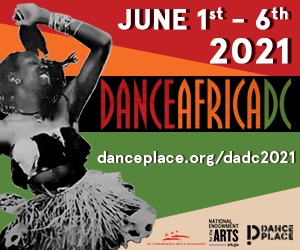 How Some Schools Got Kids Back to the Classroom