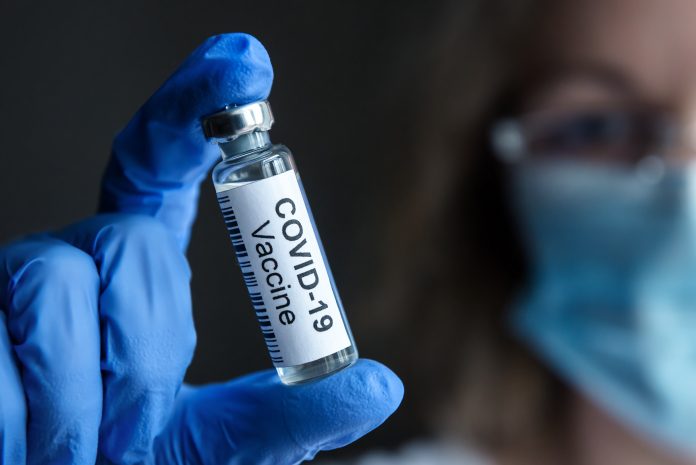 After nearly a year in which COVID-19 has ravaged the District and the United States as a whole, infecting nearly 15 million Americans and carrying a quarter of a million to their graves, the nation and the world are pinning their hopes for the future on a vaccine.

The development of that vaccine depends on the participation of volunteers for the clinical trials, proving the efficacy—or discovering side effects—of the vaccine.

One such volunteer is Ambrose Lane Jr. Lane, a Ward 7 resident, community organizer and health advocate said he saw participating as a duty as a leader in the Black community. “We have to participate if we want this to work for us as well,” he said. “You have to go on the science.”

Lane has signed up to participate in a COVID-19 vaccine trial, still in the planning stages at Howard University. He is the Chair of the Ward 7 Health Alliance Network as well as a member of the District Committee on Health Equity. He is also one of the members of the Steering Committee of the Black Coalition Against COVID, an organization that has created a national infrastructure for conversations about clinical trials for a COVID-19 vaccine and its eventual acceptance.

Lane said he was told that the Howard trial would involve two doses of the vaccine, as well as periodic screening over a two-year period. In most trials, half the subjects are given the vaccine, and half are administered a placebo. Lane won’t know which he has received, leaving him exposed to infection even as multiple vaccines move closer to release.

It’s a risk he’s willing to take to fill the need for diversity in clinical trials for the COVID-19 vaccines, in which black participants are under-represented. In September, Moderna reported that 26 percent of clinical participants overall were people of color. As of Oct. 21, with 30,000 participants enrolled in trials of their two-stage COVID-19 vaccine, Moderna reported that number had increased to 37 percent, 10 percent identifying as Black or African-American. Hispanic/Latinx participants accounted for another 20 percent, and 7 percent were from other communities of color.

The Importance of Diversity
Dr. Reed Tuckson is also a member of the Black Coalition Against COVID, an organization established to provide factual, science-based information about vaccines as well as a framework for discussion about the vaccine and clinical trial process for the Black community. He is also the former President of the Charles R. Drew University of Medicine and Science and was Commissioner of Public Health for the District of Columbia during the AIDS/HIV crisis.

Tuckson said diverse clinical participation is critically important for two reasons. First, although human beings are remarkably similar overall, there are sometimes subtle differences in the way different populations process substances introduced into the body. “We want to make sure there are not trends in how any subpopulation might react,” Tuckson said.

Secondly, diverse participants provide proof that a vaccine will be safe for everyone. “We want to be able to remove doubt and anxiety about the safety of the vaccine for any subpopulation group,” Tuckson said, “so people are clear and comfortable that people like them have been included in the trial.”

Polling shows that trust of the vaccine is an issue in the Black community throughout the U.S. and in the District. A study released in October by the Kaiser Family Foundation found that 49 percent of Black respondents were unlikely to get a COVID-19 vaccine deemed safe by scientists—even if it were free. This is despite the fact that according to the Center for Disease Control (CDC) Black people are being infected by the disease at nearly twice the rate of white people and are more than two-and-a-half times more likely to die of the disease. In the District, the Black community accounts for 47 percent of COVID cases, and 74 percent of deaths due to the disease.

Both Tuckson and Lane say that there are good reasons that people of color feel distrust for health enterprises as a whole and for government officials who lead the dissemination of vaccines. Both point to distrust rooted in centuries of racist behavior, such as the 1932 Tuskegee Syphillis study.

However, Tuckson said, the creation of the COVID-19 vaccine has been heavily scrutinized by medical professionals from the historically Black medical schools and professional societies to ensure safety. Black professionals are participating at the highest levels of decision-making. For instance, President and CEO of Meharry Medical College Dr. James E. K. Hildreth sits on the Vaccine and Related Biological Products Advisory Committee of the Food and Drug Administration (FDA), which will review the Moderna and Pfizer COVID-19 vaccines for approval this month.

Two of the four historically black and minority-serving medical schools, the Morehouse School of Medicine and Meharry Medical College, were identified as clinical trial sites and by September were in the early stages of volunteer recruitment. But critics, including the presidents of the two other schools, the Charles R. Drew College of Medicine and Howard University College of Medicine, pushed for researchers and the medical industry to engage the remaining schools as well.

All four medical school presidents co-authored an editorial for the New York Times in which they argued for increased engagement with the schools and more diversity in trial participation as key to the acceptance and ultimate success of the vaccine. “The paucity of diversity in these clinical trials creates problems on two fronts: treatment and trust,” the authors wrote.

A spokesperson for Howard confirmed that plans were underway for a clinical trial, but was unable to disclose the name of the pharmaceutical company or the vaccine involved.

“Since the pandemic began, Howard has been working to help get care to the Black community,” she said, noting that Howard had established two testing locations in Wards 7 and 8. “We will continue our service to the community through the participation in a vaccine trial to reassure everyone that the process is safe and that we are being represented in the research.”

Tuckson said that he hopes people will consider the consequences if a vaccine is not available soon. He points to the approximately quarter of a million people who have died of the disease  as of December 1, and the misery and suffering caused by a pandemic that he said is out of control.

“With people of color so disproportionately affected by this, if there’s any community that ought to be rooting for a safe and effective vaccine, it’s the African American community, because we’re dying in such high rates,” Tuckson said.

Lane is ready to take the vaccine before it is approved, saying leaders in the Black community need to step up to demystify the science behind vaccines. He said he has received mixed reactions to his decision to participate in the trial, from expressions of distrust to gratitude that he is willing to put his own health on the line. Many have thanked him for showing leadership by example.

He said he understands the reservations, many of which he shares. But, he said, he advises members of the African American community to balance their needs against their fears, and to follow the science.

“Don’t listen to rumor; find the truth,” Lane said. “Because if we live in the past, then we will die in the future.”