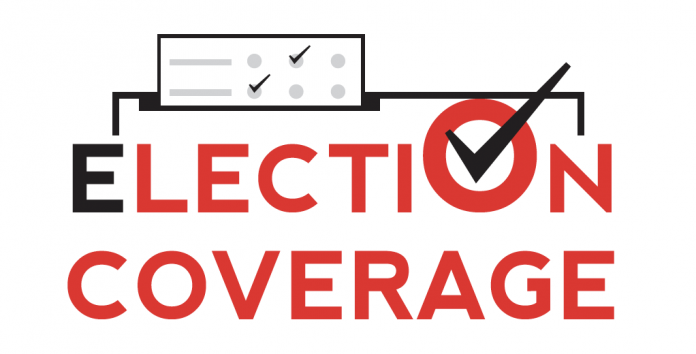 The council seats for both Ward 7 and Ward 8 are on the ballot this November. Three candidates are challenging the incumbent Ward 8 councilmember for the seat. Meanwhile, the current Councilmember is the only registered candidate on the ballot for Ward 7.

Here are thumbnail sketches of the candidates:

Candidates are listed alphabetically, with incumbents appearing at the end of the list.

There is only one registered candidate on the ballot in the contest to represent Ward 7 on DC Council. Incumbent Ward 7 Councilmember Vincent Gray was elected to represent the residents of Ward 7 in 2004 and 2016. He served as Chairman of the Council of DC from 2007 to 2011 and as the seventh mayor of the District of Columbia from 2011 to 2015. Gray graduated from Dunbar High School and George Washington University and has held political office for nearly 20 years.

As Councilmember, Gray has prioritized issues including healthcare, grocery access and early childhood education. He has advocated for increased access to healthcare for residents of Wards 7 and 8, including the establishment of a new hospital. He has pushed to end the food deserts in the east end of the city by encouraging the establishment of grocery stores and holding those in operation accountable to residents. Finally, he is working to fund early childhood education for kids from birth to age three across the District.

In the past, Cole has advocated for Returning Citizens, partnered with the DC Department of Employment Services (DCOES) and Wheeler Creek Community Development Corporation to facilitate the Project Empowerment Program and was the Founder of the Young Male Achiever Program in partnership with the FH Faunteroy Community Enrichment Center.

Cole said he is committed to enhancements in mental health, crime and safety, education, workforce development. In terms of safety, he said it is imperative to bridge the gap between the community and law enforcement. He wants to create a Parent Rearing Accountability Program to provide mandatory classes to those parents who are a part of the intake/release and parole and probation process of youth offenders age 12 to 21.

He plans to use his experience working alongside non-profits and politicians to promote positive change and collaborations between residents, businesses and government. He believes as an Independent Candidate he can help to create legislation that will enhance the quality of life for all communities and cultures, bridging gaps that will bring Ward 8 together. christophercoleforwardeight.com | christophercoleforwardeight@gmail.com | 202-855-9019

Nate Derenge won the Republican nomination in June to be the party’s candidate to represent Ward 8 on DC Council. Derenge moved to Ward 8 five years ago and quickly grew fond of the people, parks, and places in Southeast.

In the primary, Derenge presented a platform with specific proposals for increased safety and greater economic opportunity for Ward 8 residents, but he said the Council and Mayor’s actions of the past six months have caused him to focus specifically on what he calls “the legislation and economic oppression that has been implemented in the name of COVID-19.”

Since the primary, Derenge has published two videos about rim removal at Ward 8 basketball courts, posted a web page about the District’s avoidance of publishing age data and co-morbidity  for COVID deaths, and has attempted to coordinate a debate with incumbent Councilmember Trayon White, Sr. nateward8.com | Twitter: @NateWard_8

Fred Hill is running as an Independent to represent Ward 8 on the DC City Council. He said the qualities that he feels Ward residents deserve include “a councilman who is committed, empathetic, energetic and willing to do the work that is needed to effect change.”

Hill’s platform priorities include increasing affordable housing and working to ensure that local small businesses participate in wealth building. He says he also plans to aggressively pursue a living wage for Ward residents, access to better health care, a reduction of senior property tax cuts to zero, a distribution system for local organically grown fresh food and a better quality of life for all those who live, work and play in Ward 8.

“In my life I have demonstrated the strength and persistence to get things done,” he said. Hill said that as a businessman who has been successful, it is important to him to give back to his community.

“I have seen what can happen when good people work together,” Hill said. “We can make our community stronger and better.” www.fredhillward8.com | @FredHill4Ward8

Incumbent Democratic Ward 8 Councilmember Trayon White, Sr. was born and raised in Southeast DC, graduating from Ballou High School before completing a business degree at the University of Maryland. In 2008, White founded and served as Executive Director of non-profit Helping Inner City Kids Succeed (HICKS), which creates activities for youth development in some of Washington’s toughest neighborhoods. He received the President Barack Obama Volunteer Service Award in 2010.

In 2011, with the support of former Mayor and then Ward 8 Councilmember Marion Barry, White was elected as Ward 8 Representative on the State Board of Education to complete the term of the late William Lockridge, winning re-election in 2012.  White entered the race for Barry’s seat on council in 2015. He lost by less than 80 votes, but won in 2016.

White has continued his social activism throughout his council term, leading a protest to demand local hiring at a southeast development. He is the Chair of the Council Committee on Recreation and Youth Affairs. www.trayonwhite8.com | Instagram: @trayonwhite | Twitter: @trayonwhite | trayonwhite2020@gmail.com