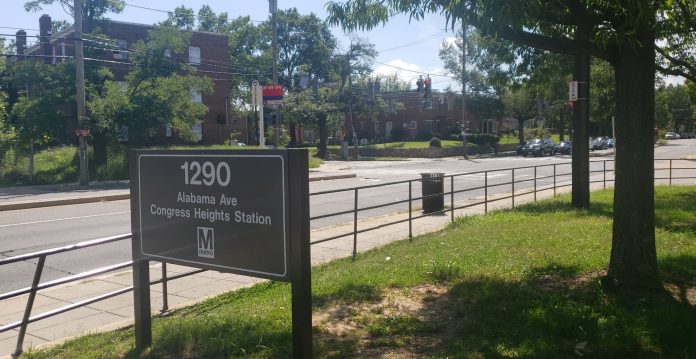 Though the District still reports dozens of coronavirus cases daily, many beauty salons, fitness centers, restaurants and other nonessential businesses have cautiously reopened, welcoming back their employees. It’s a relief for thousands who have spent months on furlough, even though returning to work runs the risk of accelerating the virus’ spread.

But it leaves some, like 32-year-old Trish, a bartender and parent, with an impossible catch-22. Trish is forced to decide between a stable income and the safety of her child, who is at high-risk case for COVID-19. Until the situation improves, she says she cannot go back to work in good conscience.

“Six months later, I’m still in the same situation,” Trish said, who has been providing for herself and her children through weekly unemployment checks. “Dealing with unemployment has been difficult. It’s scary.”

The single mother lives with her two children in Congress Heights, one of the area’s most heavily impacted by the virus. Residing in one of DC’s highest concentrations of affordable housing units, many of whose residents are seniors, the neighborhood’s inhabitants choose frequently between staying safe and making rent.

“Some employers are asking our people to come back to work,” said Congress Heights ANC Commissioner Mike Austin (8C01). “Folks have said, ‘So can I file the Family and Medical Leave Act to not go into work? I’m afraid.’”

The worst of the crisis is behind some, but east of the Anacostia River, Trish and many of her neighbors do not see the end. The coronavirus crisis exacerbates existing problems in Ward 8, including high unemployment and the lack of availability and assistance for low-income housing.

Mayor Bowser committed last year to adding 12,000 units of affordable housing stock by 2025, a response to the long-term housing crisis. The full extent of the pandemic is still unknown, yet it has already tightened the city’s budget and threatened the progress of existing housing programs. It’s in anticipation of an unprecedented affordable housing problem that DC city officials and nonprofits have advocated for its preservation and continuation in Ward 8 and beyond.

Affordable Housing Landscape Pre-Covid
The District tackles affordable housing construction and maintenance through a partnership between the city government, nonprofit and for-profit developers and the District of Columbia Housing Authority (DCHA), an independent federal agency almost completely funded by the US Department of Housing and Urban Development (HUD). DCHA, the largest landlord of affordable housing stock, controls and manages approximately 8,000 affordable housing units.

Throughout the city, there are nearly 52,000 units considered affordable, which is classified by the city government as housing for families making anywhere between less than 30 to 80 percent of the Median Family Income (MFI). In DC, the MFI for a family of four is $126,000.

Within the mayor’s cabinet, the Department of Housing and Community Development (DHCD) contributes to the supply and maintenance of affordable housing. It also delivers rental assistance both directly to tenants and through project-based means. These services intersect with vouchers administered by DCHA.

Some nonprofit developers like Housing Up, based in Ward 4, commit exclusively to serving low-income communities within their own properties and through case management services.

Christina Peay, Housing Up’s director of philanthropy and communications, considers housing as a determinant for health, education and overall standard of living.

“Without stable housing, it’s like scooping out the ocean with a tablespoon,” Peay said of delivering assistance to low-income DC residents.

The city has previously reported gaps in affordable housing. According to the Metropolitan Washington Council of Governments, the city will need to add 277,500 affordable units by 2030 to keep up with the growing population.

Existing units lack funds for maintenance. DCHA told East of the River more than 2,600 of their units are in “extremely urgent” condition, citing decades-old infrastructure. The agency also said approximately 40,000 people were on the general waitlist for housing.

Responding to the Crisis: Immediate and Long-Term Recovery
As the Covid crisis began to unfold and DC declared its state of emergency, the rent moratorium took effect. Yet many landlords still collected payments. Between February and April 2020, DC’s unemployment rate plummeted over six percent.

Some of the earliest income assistance programs came through DHCD, which developed a federally-funded $1.5 million Tenant-Based Rental Assistance Program (TBRA) that covers rent for families in smaller units. DHCD estimates this fund can assist 400 families over the next six months at minimum.

“We decided in the early days of the COVID-19 pandemic that we knew there were going to be issues, given the shutdown of rental payments,” said DHCD director Polly Donaldson.

Following federal and local laws, DCHA did not evict residents. This moratorium is still in effect until DC’s health emergency expires on October 9, after which evictions will not be processed for another 60 days. The agency has been accommodating residents’ financial situations by adjusting income information, according to a statement to East of the River, which can lower monthly rent payments.

On the federal level, the sweeping CARES Act passed by Congress included approximately $12 billion to resuscitate the nation’s affordable housing stock. It bolstered funding for the District’s Community Development Block Grant (CDBG), from which DHCD financed a new Covid-19 Housing Assistance Program (CHAP). CHAP, a $6.2 million program that launched in June, offers assistance to families earning 80 percent MFI or lower. According to DHCD Director Donaldson, 88 applicants have applied since July for $124,000, which can help families with $4,000 on average over the next three months.

“We were happy to get the $50 million,” said Councilmember-at-Large Anita Bonds of DCHA maintenance funding, who noted extenuating difficulties in this year’s budgeting process.

Ward 8 Councilmember Trayon White affirmed his and the Council’s commitment to closing the preexisting housing gap.

“Too many residents have and will be displaced,” Councilmember White said in an email. “This issue is personal to me and one of the reasons why I fought so hard for housing affordability.”

Housing experts like the DC Fiscal Policy Institute’s Eliana Golding are skeptical about the unavoidable budget cuts. One program taking a back seat is the Housing Preservation Fund (HPF) for maintenance, whose budget was cut by nearly $10 million from last year.

“I want to emphasize that the HPTF actually has requirements for how much of that money should be going to producing housing for folks earning zero to 30 percent of the MFI, and it has never met those goals,” Golding added. “It’s challenging without sufficient funding to be able to do that.”

For Trish, these budgetary nuances will not change her situation in the immediate future. She knows some friends who have tried city-funded programs, but she sees unemployment as her best option.

“I felt like, if I’m going do something like that, I’ve got my eviction notice on my door.”