The “34th-n-EAT” block party was an annual affair promoted widely on social media with the promise of food and drinks. It was advertised as a “drama free” event. On Saturday, Aug. 9 hundreds of people gathered on Dubois Place SE and videos showed many mask-less people partying shoulder to shoulder. Midnight came and the party was in full swing and thirty minutes later the event was no longer drama free. A dispute erupted, guns were fired, 20 persons were shot and one killed. Eleven women were wounded, one off-duty officer critically, and yet another DC teenager was killed.

The event should have never happened. It was in violation of the Mayor’s COVID-19 restriction on gatherings over 50 persons. The organizers should be held accountable.

I was not there but like most watched the televised news reports. In the aftermath of a crime scene that stretched for several blocks with, according to police reports, over 100 bullet casings, there was no shortage of opinions of Dubois Place residents. Several said that the police should have stopped the party. Police were there when the event began, but according to Police Chief Peter Newsham there were not enough to stop the event and they eventually withdrew. And that is when the shooting began.

The continuing violence in DC — particularly east of the river — must be considered in any discussion of “defunding” the police. In my opinion, the word “defunding” is a poor word choice and the Republicans have used it continuously during their national convention. The “defunding the police” advocates have given Donald Trump rhetorical ammunition in his quest for reelection.

I, like many feel, that there are certain occupations in our society where the workers are underpaid (and sometimes underappreciated). Among them are the nurses, teachers and police.  According to Chief Newsham, pay and benefits constitute 91 percent of the police department’s budget.  Defunding would certainly lead to a reduction in force and have a chilling effect on salary increases. A few weeks ago in a move to defund the police, the Seattle, Washington city council voted to cut the police force by 100 officers and reduce the pay of its chief. Chief Carmen Best, an African American woman who served on the force for three decades, abruptly resigned as a result of the city council’s action. Can you blame her? Her salary cut resulted in her pay being lower than that of her immediate white, male predecessor.

There should be a middle ground between imprudently defunding the police and unconditionally defending them. The Black Lives Matter movement has made a valuable contribution.by spotlighting the disproportional police brutality against African Americans. However, it is unfair and irrational to demonize all police officers because of the murderous actions of a few.  In my opinion, rogue cops no more represent the totality of police offices than the few pedophile teachers and preachers represent all educators and the clergy. Policing is an honorable profession and we in DC should encourage and support young people who are considering it as a career.

Yes, Black Lives Matter. Also words should matter. There is no way that “defunding” is an acceptable synonym for reforming. Or is it that I just do not get it? Maybe a dead beat dad is engaging in defunding or reimagining parenthood. 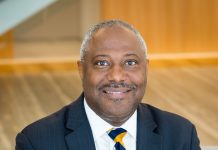 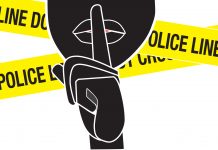 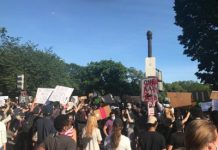 The Unearthing Of A Buried Sin