The DC Police Union represents the 3,600 officers, detectives, and sergeants who make up the District of Columbia’s Metropolitan Police Department (MPD).

The legislation passed it’s first vote on June 10 and signed by Mayor Muriel Bowser on July 22 contains 15 measures, including a ban on chokeholds and neck restraints a ban on rear gas and riot gear, the release of body-waorn camera footage,  and the hiring of officers fired for misconduct. It also created a reform commission to examine policing practices and make recommendations for reform.

In a press release, the union said that while they were in agreement with some of the provisions, they say other sections eliminate collective bargaining rights and reduce employment protections universally available in all neighboring jurisdictions. “This will inevitably result in far fewer qualified candidates from applying for or accepting employment as a DC Police officer,” said the statement.

The union release said the legislation has already resulted in officers retiring early or moving to other jurisdiction.

Police Union Chair Greggory Pemberton said that it was unfortunate that the union had to challenge the District in court. “The Council and Mayor, however, have made clear that the current climate prevents them from acting in a reasonable and rational manner, instead requiring blatantly arbitrary legislation to preserve their own political survival.”

“The Council unanimously agreed the police union shouldn’t be deciding how their own officers are disciplined in closed door negotiations,” Allen said. “This is an issue of obvious local and national importance.”

“While I respect the union for advocating for its members, this conversation is about rebuilding trust so that the public can truly believe that police themselves will be held accountable for their conduct,” he added.

Bowser responded to comments on the lawsuit at her August 4 situational update. “It’s not uncommon for people to take issue with District laws,” the Mayor said. “We will review it with our lawyers and pursue a defense of the District.”

Elizabeth O’Gorek is the General Assignment reporter for the Hill Rag. You can reach her at Liz@hillrag.com

Eva Herscowitz is a journalism student at Northwestern University currently interning with the Hill Rag. She writes for Northwestern’s student newspaper, The Daily Northwestern. You can reach her at eva@hillrag.com 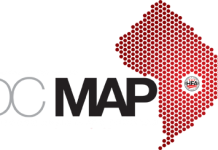 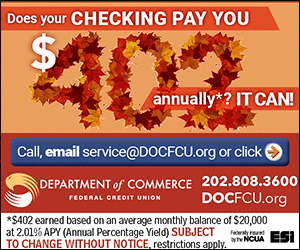