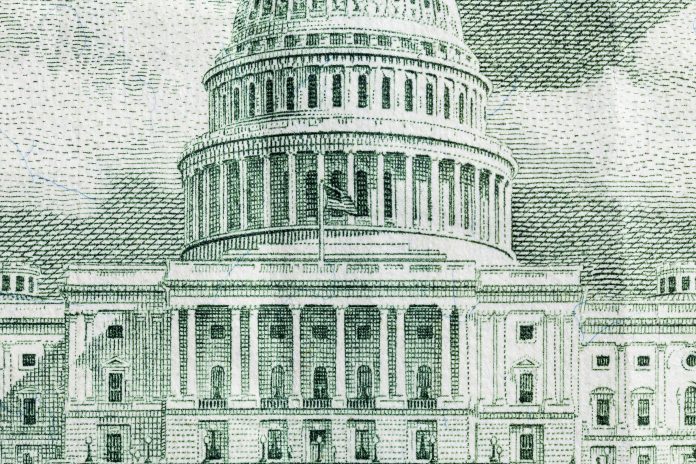 The COVID-19 pandemic is devastating families and businesses in the District. In just six weeks, over 72,000 people have filed for unemployment insurance and many businesses have been forced to close their doors. This economic downturn is unprecedented and different from prior recessions because the government is intentionally shutting down parts of the economy to keep us alive. The result is that the nation has lost more jobs in March than during the entire Great Recession.

Federal policymakers have been more willing to quickly work together to enact immediate (yet, inadequate and almost entirely temporary) economic relief because this pandemic affects us all—though not equally. Due to racism, inequitable social determinants of health, and medical bias, Black residents disproportionately make up over 75 percent of virus-related deaths and the majority of positive coronavirus cases in the District.

In the wake of this crisis, we have a moral obligation to reexamine the structures by which people in America access essential programs. The devastating fallout of COVID-19 has exposed gaping holes in our social “safety net” that, by design, allows millions to fall through. Perhaps the largest flaw in the “safety net” is that it is considered a “safety net” at all. We have come to believe that the federal government’s role is to intervene only in times of crisis, whether that crisis is personal (like the sudden loss of a job) or widespread (like the nationwide economic shutdown). This choice has led to a dangerously inadequate system that leaves many behind.

But it did not have to be this way. Federal officials’ rapid response shows us that government has always had the tools to protect us from economic hardship. What was made to seem impossible—direct, unqualified cash payments with no arduous application processes, mandatory paid sick leave, higher unemployment benefits, etc.—is now reality. What was lacking was not the ability to create real economic security programs, but the political will. The lesson from this pandemic should be that Congress must thoroughly invest in infrastructure and programs to promote wellbeing and economic vitality in all communities.

The Burden is on State Governments
The system has failed an enormous share of our workforce and it is by design. For decades, the federal government has abandoned its responsibility to provide for the well-being of its constituents by steadily eroding an already flimsy “safety net” with stringent eligibility criteria and insufficient benefits. Inadequate financial support in the form of block grants has made it nearly impossible to massively expand programs in times of crisis. This disinvestment has had a devastating impact on states and residents as they attempt to grapple with the economic fallout of COVID-19.

As states face a looming recession, they are left struggling to pick up the tab, a task made even more daunting because they cannot run deficits like the federal government. States’ revenues are plummeting, so they must look to the federal government for assistance, which to date has been substantial, but remains insufficient. In DC, our unique position as a non-state has made this reality even more challenging. The last approved federal emergency package significantly shortchanges DC by giving us less than half of the fiscal aid it provides to other states to address massive, immediate budget problems due to COVID-19.

DC is receiving $495 million from the Coronavirus Relief Fund for calendar year 2020, while each of the 50 states is receiving at least $1.25 billion. This is deeply misguided as DC is typically treated as a state in federal programs. Our District—like other states, territories, and tribal nations—is incurring huge new costs as we seek to contain and treat COVID-19. Less federal aid means that DC will have to rely more heavily on our reserves to stay afloat in the near future.

Opportunities to Make it Right
What would this pandemic look like if we had robust social programs that did not just meet the need in times of crisis, but were structured to reduce the number of people who are especially vulnerable to crises? And going forward, what responsibility does the federal government have to alleviate the pressure on states to provide equitable access to these programs without the flawed focus on personal responsibility and productivity?

Protections for Workers
While many cities have passed their own version of a paid sick leave law, the United States remains one of very few countries in the world without universal, mandatory paid sick leave. Before the pandemic hit, four out of five food service workers and three out of four childcare providers did not have access to paid sick leave. The ability to stay home when sick should not be a right reserved for high-earning, salaried workers. The fact that the US waited to be hit by a pandemic to implement temporary federal paid leave demonstrates the devastating shortfalls in federal worker protections. While DC will soon be implementing its own universal paid family and medical leave program, it too has incorporated overly prescriptive rules that will exclude tens of thousands of workers from accessing those benefits.

Unemployment Insurance (UI)
COVID-19 has led to an unprecedented spike in joblessness. While many of those who have lost their jobs are able to apply for traditional unemployment insurance, entire classes of workers, including the millions who work in the gig economy, are excluded from this vital economic relief. Seeing the desperate need for financial relief and the limitations of the current UI program, Congress expanded UI benefits and created the Pandemic Unemployment Assistance program. While these actions will blunt some of COVID’s economic harm, they are short-term fixes, as many of the protections are temporary and most of the federal UI expansions expire by the end of the year. They also exclude undocumented workers.

The traditional unemployment insurance system is outdated and does not reflect the needs of workers in a rapidly evolving economy. It will continue to leave millions without financial recourse if it is left unreformed. Unemployment programs must also address the systemic inequities that have privileged some forms of work over others. This crisis reminds that not everyone can work or is expected to work—and that wages are too low for many households to be financially secure.  Perhaps we should be looking toward an expansion of direct cash payments to people in need without intentionally burdensome work requirements and time limits, as a way to ensure that all residents are able to meet their basic needs, in times of crisis or otherwise.

Housing
As millions are unable to make rent, housing security is a challenge looming in the minds of tenants and lawmakers alike. The CARES Act created a federal moratorium on evictions and foreclosures for covered properties, which some jurisdictions, including DC, have expanded on. However, this moratorium is temporary, and does nothing to assist tenants facing financial hardship and eventual eviction if they are unable to make rent. The federal government has the mechanisms to support low-income residents, including through the Housing Choice Voucher Program. Unfortunately, this program is deeply underfunded, meaning that only one in five households who qualify for a voucher will actually receive one.

Federal lawmakers have steadily disinvested in public housing infrastructure for decades, resulting in crumbling housing stock and living conditions that are so hazardous that residents are worried about the safety of quarantining in their units. Millions of people were facing housing insecurity pre-COVID-19 and the pandemic has further exacerbated it. The federal government must reassess its chronic underfunding of housing programs and invest in widespread housing stability.

Going forward, temporary emergency fiscal relief is not enough. The federal government must reconsider its decades-long disinvestment in collective wellbeing by implementing structural changes that reduce the number of people who are one paycheck away from economic crisis. 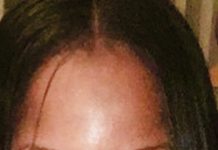