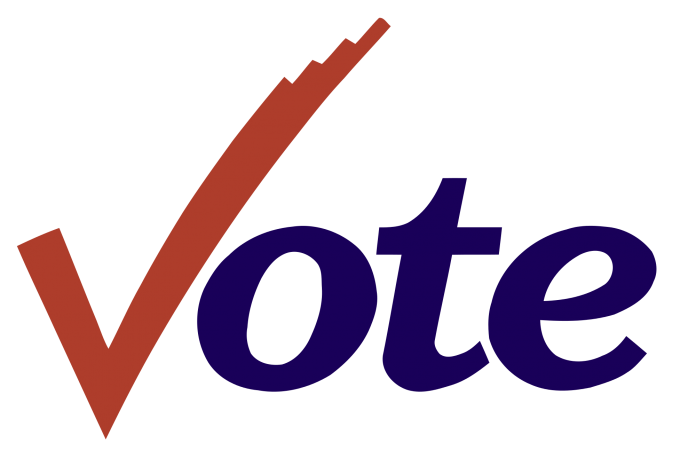 Candidates are listed alphabetically by party, with incumbents appearing at the end of the list.

Kelvin Brown has lived in the Hillcrest community for nearly a decade. He grew up in a poor, working-class Alabama family where he said he realized early on that education was the pathway out of poverty. He has degrees in criminal law and business administration from Alabama State, where he received a presidential scholarship.

Anthony Lorenzo Green is a third generation Washingtonian, born and raised in Ward 7 by his grandmother in the Deanwood community. A product of DC Public Schools, he attended Merritt Elementary Extended School and H.D. Woodson Senior High School in Northeast, D.C. He currently serves as Commissioner for Advisory Neighborhood Commission (ANC) 7C04.

Green served as an Unemployment Compensation Adjudicator for the D.C. Department of Employment Services (DOES) where he conducted fact-finding investigations to render determinations associated with benefit claims. He also served on the agency’s Integrity Taskforce from 2014 to 2016, a cross-function committee that crafted ideas and solutions to reduce the improper payment rate for unemployment benefits, and expanded access to information for clients. Green received the 2018 Jerry N. Clark “Civic Superhero” Award for being a justice reformer by DC for Democracy, and 2014 “Men of Valor” Award by Angels of Hope Ministries for his contribution to the lives of Southeast families.
greenward7.com
Twitter: @GreenForWard7
Facebook: www.facebook.com/@GreenforWard7
Instagram: @GreenforWard7
Email: info@greenward7.com

James Leroy Jennings was born in South Carolina but has lived in DC for over 30 years. For the last fourteen years, he has made his home in the Deanwood Neighborhood. A former Advisory Neighborhood Commissioner, Jennings is also a veteran of the Armed Forces, a retired Metropolitan Police Reserve Officer and a former DC Protective Services Police Sergeant with the DC Department of Mental Health. Before the Coronavirus hit, Jennings was a volunteer barber at nursing homes, giving free haircuts and shaves to residents. Jennings has sworn in campaign fliers that he will donate 75 percent of his pay.
Twitter: @Vote4Jennings
Email: Jenningsfor2020@gmail.com@Vote4Jennings

Rebecca J. Morris was born in Washington, DC. After spending part of her childhood in Reston, Virginia she returned home to the District during her teenage years, graduating from the now-shuttered Washington, Mathematics, Science and Technology Public Charter High and then from University of District of the Columbia.

Morris is a Ward 7 business owner in the hospitality field and considers herself a voice representing the average working-class citizen living in Ward 7.

“We often have people who represent our voice and struggles who have never even been in our shoes,” Morris said of her decision to run. “We have many politicians who run for office in our area and use us as a career boost. They win and we are left in the same position in which we began.”
rebeccamorrisward7.com
Facebook: www.facebook.com/@RebeccaMorris2020
Instagram: @voterebeccaWard7
Email: rebeccamorrisward7@gmail.com

Veda Rasheed was born and raised in the River Terrace neighborhood. She graduated from Eastern High School and has a BA from Bowie State University and a law degree from The Catholic University of America.

A mother of two, she is an attorney and an activist who has served as Chair of the Ward 7 Young Democrats and as Ward 7 Parent Leader for the My School DC Advisory Council. She worked on community engagement for the DC Office of the Attorney General under Karl Racine and was appointed to the Mayor’s Commission on African American Affairs from 2017-2019. She currently serves as commissioner for Advisory Neighborhood Commission (ANC) 7E01.
vedarasheed.com
Twitter: @VedaRasheed
Facebook: www.facebook.com/VedaforWard7
Instagram: @Vote4Veda
Email: hello@vedarasheed.com

Incumbent Ward 7 Councilmember Vincent Gray was elected to represent the residents of Ward 7 in 2004 and again in 2016. He served as Chairman of the DC Council from 2007 to 2011 and as Mayor of the District of Columbia from 2011 to 2015. Gray graduated from Dunbar High School and George Washington University. Prior to entering politics, Gray worked on behalf of District residents in the non-profit sector and in government.

As Councilmember, Gray has prioritized issues including healthcare, early childhood education and economic development, including bringing much-needed grocery stores to Ward 7. He has advocated for increased access to healthcare, including the establishment of a new hospital and the development of a comprehensive, modern healthcare system to service residents on the east end of the District. Gray is committed to ensuring that the people of Ward 7 as well as District residents with the greatest needs are not left out when the city rebuilds from the Coronavirus crisis. In addition to representing the residents of Ward 7, Gray currently serves as Chair of the Council Committee on Health.
vincegray2020.com
Facebook: www.facebook.com/@VinceGray2020
Instagram: @VinceGray2020
Email: vincegray2020@gmail.com

As of May 1, there were no candidates for the Ward 7 Council seat registered in the Republican Primary.

Nate Derenge moved to Ward 8 five years ago and quickly grew fond of the people, parks, and places in Southeast. He knows he is a relative newcomer to the area but hopes his perspective can introduce some new ideas that will be helpful for continued improvements in quality of life in Ward 8.

Derenge believes that policies generated by DC Council should encourage legal employment and discourage poverty-friendly services, such as the DC Lottery. He wants to focus on providing kids with District attention that does not come from the judicial system. He also believes licensure requirements are prohibitive for some trades, an issue that especially affects those returning to society from prison.
nateward8.com
Twitter: @NateWard_8

Stuart Anderson is a native Washingtonian, the founding director of Family & Friends of Incarcerated People and the Ward 8 representative on the DC Democratic State Committee. He currently works as the family engagement and support specialist for Social Emotional and Academic success for Children And Parents (SEACAP). Formerly the Community Engagement Specialist for the Anacostia Coordinating Council (ACC), Anderson holds degrees in Business Management, Legal Assistance and Urban Studies from the University of the District of Columbia (UDC).

Anderson is a returning citizen who has four daughters and four grandchildren. He was awarded the Port in The Storm Activist Award by the Washington Peace Center in 2013.
stuart4ward8.com
Twitter: @stuart4DC
Facebook: @sanderson4ward8
Instagram: @stuart4ward8
Email: Sanderson.socmedia@gmail.com

Michael (Mike) Austin is a fourth-generation Washingtonian, attorney and community servant who grew up in the Bellevue neighborhood of Ward 8. The eldest of four children, Austin graduated from Suitland High School, and holds degrees from the Xavier University of Louisiana and a law degree from Charlotte University in North Carolina. He has served as Legislative Director for former Ward 8 Councilmember LaRuby May and for the Deputy Mayor for Greater Economic Opportunity. He was also Vice President of the United Medical Center (UMC) and is currently the Chair of Advisory Neighborhood Commission (ANC) 8C, serving the Congress Heights community, where he makes his home.
mikeaustin8.com
Twitter: @Mike8Austin
Facebook: mike8austin8
Instagram: @mike8austin
Email: info.mikeaustin8@gmail.com

Yaida Ford is currently the managing principal at Ford Law Pros, which handles legal cases in the fields of civil rights, consumer protection, community associations and employment law, among others.  Ford has worked with the DC Council Committee for Human Services on issues relating to social services, youth affairs, homelessness, and disability services; as well as with the Fair Budget Coalition as a steering committee member representing residents residing east of the river.

Ford worked at the Legal Aid Society’s first offices in Anacostia and at The ARC addressing the systematic issues facing clients in Ward 7 and 8. Ford served on the Board of Directors of Ward 8 nonprofit Youth Now! and created a professional development program for teenage mothers in Ward 8.
yaidaford.com
Facebook: @yaidaford4ward8
Instagram: @yaidaford4ward8
Email: dcward8@yaidaford.com

Incumbent Ward 8 Councilmember Trayon White, Sr. was born and raised in Southeast DC, graduating from Ballou High School before completing a business degree at the University of Maryland. In 2008, White founded and served as Executive Director of non-profit Helping Inner City Kids Succeed (HICKS), which creates activities for youth development in some of Washington’s toughest neighborhoods. He received the President Barack Obama Volunteer Service Award in 2010.

In 2011, with the support of former Mayor and then Ward 8 Councilmember Marion Barry, White was elected as Ward 8 Representative on the State Board of Education to complete the term of the late William Lockridge, winning re-election in 2012.  White entered the race for Barry’s seat on council in 2015. He lost by less than 80 votes but won in 2016.

White has continued his social activism throughout his council term, leading a protest to demand local hiring at a Southeast development. He is the Chair of the Council Committee on Recreation and Youth Affairs.
www.trayonwhite8.com
Instagram: @trayonwhite
Facebook: www.facebook.com/trayon.white
Twitter: @trayonwhite
Email: trayonwhite2020@gmail.com