“Ever since she was a toddler, Anna Elizabeth has carried around a crayon. That seemed to be the way she communicated,” said her mother Bettie Graham, a Ward 7 resident. “She was about two years old before she really started understanding and comprehending me,” she continued.

“Maybe it was because she was home alone with her father at seven-weeks-old when I went back to work and they bonded. He would talk to her only in Spanish and when I would come home, she did not quite understand me,” said Graham interviewed at her Penn Branch home on P Street SE that she shares with Anna Elizabeth’s father Efren Martinez Montero.

In Ann Elizabeth’s case, her crayon became a life line, earning her a national art award.

The Challenges of Autism
Anna Elizabeth was identified as autistic when she attended Rosemount Center’s pre-school program at age four.  She was unusually reserved and did not comprehend things as quickly as her peers. There were earlier clues. Ann Elizabeth cried as an infant even if neither hungry, wet or physically ill, her mother said.

Autism is a complex neurobehavioral condition that includes impairments in social interaction and language and communication skills combined with rigid and repetitive behaviors. Children with autism may exhibit body movements such as rocking, pacing or hand flapping.

Autistic children learn and process differently from their peers. They often avoid eye contact with adults or anybody they have not felt completely comfortable with. They often become hyper-focused on something trivial or irrelevant. Their peers and adults can interpret these behaviors as either anti-social or even hostile. It is a challenge for autistic children to make meaningful friendships. However, those who gain their trust often become life-time confidantes. Anna Elizabeth is definitely no exception. She “friends” for life!

Art & Autism
The arts in general and drawing in particular are important standard curricular elements of both general and special education. In Anna Elizabeth’s case, drawing has helped her cope with autism and not always being in sync with her peers. Unlike many classmates, Anna Elizabeth prefers TED Talks about geography and entertainment to television, for example. 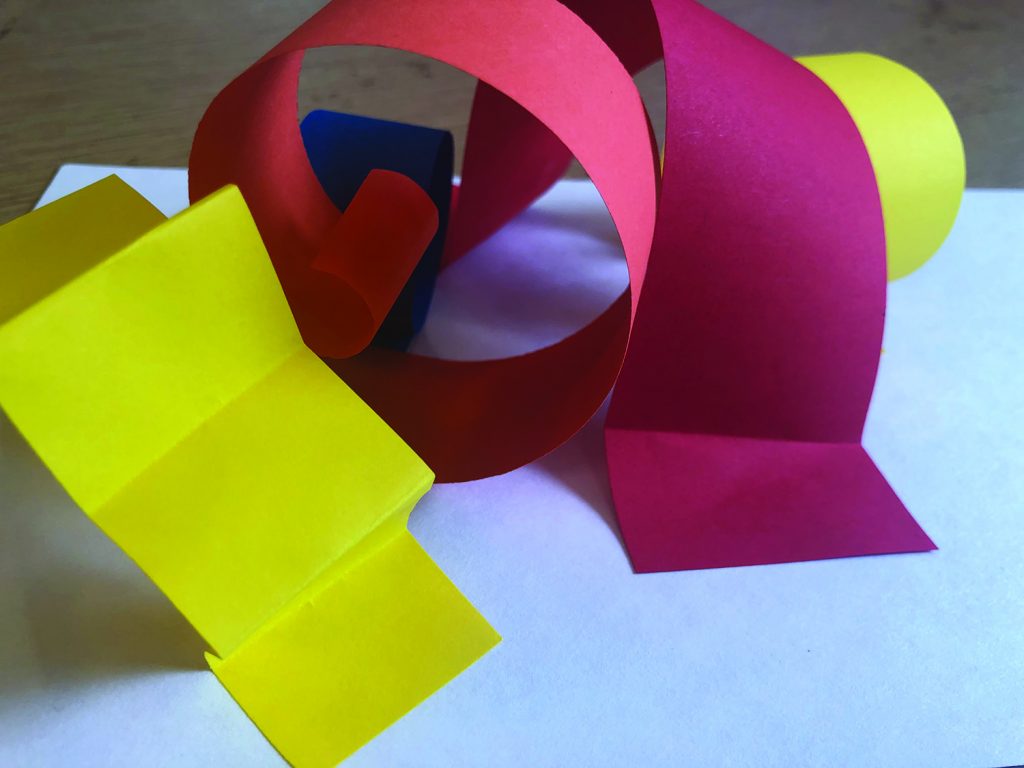 Long-time family friend Monique Proctor resides about five houses down the block from Anna Elizabeth. Proctor marvels at how she has evolved into a “respectful, well-mannered and creative young lady.” When Anna Elizabeth visited her home several years ago, she rearranged the refrigerator magnets into a huge smiley face within a few seconds of seeing them, Proctor recalled.

Flaunting It
Anna Elizabeth, now a fifth-grader at John Tyler Elementary School, was selected as the first-place winner in the national “Kids Flaunt It” contest (www.scholastic.com/flauntit). The contest encourages youngsters to be proud of their differences. As the contest website states, “The things that make me different make me, me!”

Graham encouraged Anna Elizabeth ito enter the contest. She only conceded a day before the deadline. “I gave it some thought. My mom is a contester and she really, really pushed me. I’m good at drawing and I like doing it,” admitted Anna Elizabeth.

“As opposed to me telling Anna Elizabeth what was best for her, I had to step back and listen to her tell me what was best for her. I have allowed myself to be the parent that she needed rather than the parent I thought about being,” said Graham, who now serves the community as an informal children’s disability advocate while being a stay-at-home mother.

Graham brought “Flaunt It” to the attention of Anna Elizabeth’s teacher Noele McConico. McConico submitted the 10-year-old’s entry. The first-place student prize is an HP Sprocket Photo Printer with accessories. The first-place teacher will be honored with a $100 gift card to chapbooks.com and a one-year educational subscription to a Scholastic Classroom Magazine.

Madeline Tulley is the project manager with the Scholastic National Partnerships at Scholastic Incorporated, the sponsor of the competition. According to Tulley, “Don’t Hide It, Flaunt It” intends to feature a photo of Anna Elizabeth and her entry and place it on their website, www.donthideitflauntit.com/superpower-milo-park.

Winning her first contest both surprised and delighted Anna Elizabeth. Although math is still her favorite subject, art is quickly becoming a runner-up. Her mother hopes that her daughter will submit more entries in the future.