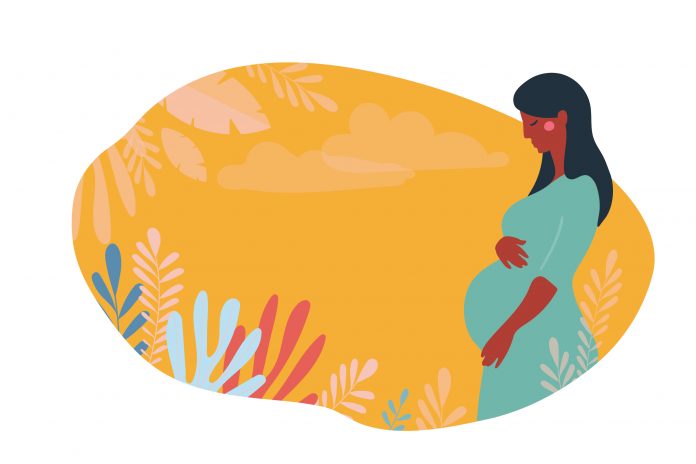 Shortly before the winter recess in December the health committee convened to talk about the Maternal Health Care Improvement and Expansion act and give the community and advocates a chance to be heard.

“I introduced this bill because I was extremely concerned about the state of maternal health in the District of Columbia. We must act with urgency to match the acuity of this problem. No woman should die in childbirth but that is far from our reality here in the District.” stated by Charles Allen, DC council representative for Ward 6, during the December 18th Health Committee Hearing on B23-362 Maternal Health Care Improvement and Expansion Act.

The legislation, which was co-introduced by Allen’s colleagues Councilmembers Cheh, Grosso, Bonds, McDuffie, Evans, Mendelson, Robert White, Trayon White, Silverman, and Nadeau and co-sponsored by Councilmember Gray was proposed in June 2019. The bill recommends expanded maternal health services be covered by insurance, creates a center on maternal health and wellness and requires implicit bias training in continuing medical training. The proposal has received overwhelming support. But critics say there are a few areas that need work before it can be passed into law.

“The absence of OB services in the District is an embarrassment. We are working towards building a new hospital in the southeast quadrant that will replace United Medical Center where obstetrical services have been terminated. As a result, when you look at parts of wards 5,7, and 8 there’s no OB capacity at all. It’s just unconscionable,” stated Vince Gray, Ward 7 Councilmember and health committee chair during the hearing.

In his press release regarding the bill, Allen said that although the council has established a maternal mortality review committee, the District can still be proactive in helping expectant mothers. “We know women need more access to health care during and after a pregnancy. We know community-centered health care can improve outcomes. We know a sense of community can help pregnant women and new mothers talk through challenges.”

This bill would also extend maternal health care coverage for one full year for anyone at 319% of the federal poverty line.

Improving Legislation
Councilmember Allen’s proposal would require private insurance, Medicaid, and DC Healthcare Alliance to include at least two postpartum health care visits as opposed to one. The law would also require coverage of maternal care home visits, fertility preservation services, and transportation stipends for travel to and from prenatal and postpartum visits. With obstetric centers closing at United Medical Center in ward 8 and Providence Hospital in ward 5, some expectant moms have to travel farther to get to pre and post-partum appointments.

“We know for some women transportation is a barrier. For families on a tight budget, that means skipping medical appointments. This bill also includes a travel stipend to get to their preferred health care provider,” said Allen.

Dr. Kanika Harris, commissioner with the DC Lactation Commission, spoke in support of the bill at the hearing. She is particularly hopeful that the maternal health center will assistance with expectant mothers and newborns. “This bill is the first step to saving lives and reducing maternal mortality in DC The maternal health center is long overdue that will serve wards 5,7 and 8. The center will provide support, resources and continuous care including breast feeding.”

Women from wards 7&8 came to testify in support of the bill. Mercedes Small-Lewis, mother of one son, ward 7 resident and participant in District of Columbia Primary Care Association’s Maternal Health Equity Action Lab, says she is excited about the opportunity to get support for mothers in the post-partum period. She wanted to get more support through mom meet-up groups but had trouble getting to the location of the meetings with her baby in tow. Small-Lewis favors virtual group meet-ups to ease the inconvenience of transportation.

Melisa Byrd, Senior Deputy Director and Medicaid Director Department of Health Care Finance, points out some redundancy within the bill noting that Doula nonprofit organizations have already done the footwork to develop a manual for integrating services within the perinatal worker training. DC Health supports Doula-based strategies in the District by supporting Mamatoto Village’s evaluation of the perinatal health worker program. Mamatoto Village is a non-profit organization in Northeast that provides maternity support and Doula services to women. “Given the pilot that has already begun and the completed training manual by Mamatoto Village, it is not necessary to conduct a feasibility study as outlined in the bill.”

A Big Issue Getting a Bigger Response
The legislation comes at a time when maternal and infant mortality rates are of grave concern within the public and among policymakers. According to the United Health Foundation, maternal mortality rate among DC women in 2018 was 36.1 deaths per 100,000 live births. That number is remarkably higher than the national rate of 20.7 deaths per 100,000 live births.

Several pieces of legislation have been proposed and/or passed to help lower the mortality rates including the establishment of the maternal mortality review committee proposed by Councilmember Allen in 2017 and passed in July 2018, the Investigating Maternal Mortalities Amendment Act of 2019, introduced by Mayor Bowser, to speed up the forensic reporting process, and the Perinatal Health Worker Training Access Act of 2019 intended to bolster available perinatal personnel in communities.

Continuous Care for Moms and Babies
Critics of the bill say there’s still work to be done before it is suitable for a vote. Sara Imershein, MD, Vice Chair, DC Section of the American College of Obstetricians & Gynecologists (ACOG) testified that the language in the bill should cover all medically indicated health concerns within the 12-month period and not just maternity concerns. “We know that maternal death and morbidity happen in areas that don’t appear to be related to pregnancy but may be.”

Dr. Imershein also took issue with codifying or arranging the law in a rigid sequence. “Detailed medical recommendations–how many visits, when they occur–should not be codified or legislation itself could become the barrier to implementing newer and better medical care.” Last May ACOG issued an opinion statement that post-partum visits should be comprehensive and ongoing instead of singular visits prescribed by legislation.

ACOG DC does not support a brick and mortar maternal health wellness center. “We feel that this will take funds away that are limited from points of services where they need to be provided,” Dr. Imershein testified. Later, Councilmember Allen addressed her concern. “The idea behind a center came from a lot of the feedback we got from providers. Not that it would be limitied to one facility but creating a central access point. It would be something where a center could provide a focal point or a resource point for some.”

The bill will remain with the health committee for markup sessions in the upcoming months. Councilmembers Allen and Gray will continue to work with constituents and health care organizations to tailor the bill to meet the needs of moms in DC.