On Oct. 31, the Historic Preservation Review Board (HPRB) voiced its support for protecting the remaining 32 Barry Farm public housing structures located on Stevens Road and the 2600 block of Wade Road SE. While no vote was taken at the meeting, the board’s support for the landmark application, filed by the Barry Farm Tenants and Allies Association (BFTAA), threatens to upend the District’s redevelopment plans. A permanent decision would require significant revisions to the development team’s current plan, which eliminates the existing street grid and preserves only one of the original buildings.

The existing plan to redevelop Barry Farm requires the demolition of all but one structure and the redrawing of the street grid, which was laid out in 1867 by the Freedmen’s Bureau. The Barry Farm project is a collaboration between Preservation of Affordable Housing (POAH), a national nonprofit; DC’s New Communities Initiative (NCI), a program managed by the Office of the Deputy Mayor for Planning and Economic Development (DMPED); the District of Columbia Housing Authority (DCHA), the federal agency that owns the property, and A&R Development. POAH is leading the effort.

A DC Court of Appeals decision last spring vacated the development team’s original plan because it lacked residential amenities. After subsequent public meetings, POAH and its partners framed an amended scheme that reduced the number of proposed units at Barry Farm from 1,400 to 1,100 and added front- and backyard space and a two-acre central park. “There is a lot of concern over whether people will have porches,” said Commissioner Mike Austin of Advisory Neighborhood Commission (ANC) 8C.

POAH’s plan divides the redevelopment into two phases. Phase I, involving the properties along Sumner and Eaton roads, would create 551 units, 380 of which would be considered affordable. An additional 100 affordable housing units built offsite at Sheridan Station and Matthew’s Memorial, located along Sheridan Road and Martin Luther King Jr. Avenue SE, would completely replace the original 444 apartments at Barry Farm, the developer states.

Another common consideration is whether there will be enough units for large families. POAH responded by pledging to build 120 townhomes of three-, four-, five- and six-bedroom units in the first phase of construction.

The first building project in Phase I is designed to house seniors 55 and older. The building includes 108 one- and two-bedroom apartments, 77 public housing replacement units and 6,000 square feet of ground-floor retail.

In addition to historic preservation, BFTAA has requested to be a co-developer. The organization has also requested that 10% of the development’s retail space be set aside for resident-owned businesses with five years free of rent.

All of these plans have been thrown into question by HPRB’s tentative support for historic designation.

HPRB agreed with BFTAA that the redevelopment plan for Barry Farm did not sufficiently honor the history of the property. Under this plan, developers had promised a menagerie of markers and mementos including a mural, historical signage, trail markers and a memorial. However, preservation activists objected to POAH’s plans to transform the existing street grid and found the developer’s plans to preserve only one 1943 home insufficient.

“It’s very hard to preserve the history or memories that have no physical markers in the landscape,” said Sarah Shoenfeld, a Prologue DC historian. Shoenfeld filed the application on behalf of the BFTAA. “It would affirm the richness of the community that has developed there over the years.”

Said Detrice Belt, BFTAA’s president, “A lot of activists came from Stevens Road. Something needs to be left to commemorate these people.” The designation would honor former residents’ contributions to the civil rights movement and historic Barry Farm, a 375-acre neighborhood built after the Civil War by the Freedmen’s Bureau for newly freed slaves. The Barry Farm property sits on a section of historic Barry Farm, yet both are distinctly different.

POAH argues that preserving Barry Farm’s remaining structures and street grid would reduce the total affordable housing units delivered by the project. Developing within those constraints would make it difficult to build the infrastructure required by the project.

“That landmark designation takes half the site and says we can’t [replace infrastructure],” said Brown. “It brings a certain amount of uncertainty into our desire to bring Barry Farm residents back.”

Ward 8 Councilmember Trayon White (D) offered encouragement for historic designation. At the HPRB hearing, White stated his support of Barry Farm “being a historic preservation state … but not in short of having new units.” White said he was “impressed” by POAH’s work and wanted to “make sure this project moves forward.”

HPRB requested that POAH and its partners meet with community stakeholders such as BFTAA, cultural historians and activists to revise the plan to account for future historic designation. If the parties can reach consensus, their agreement will be incorporated into any landmark designation for Barry Farm.

Following the hearing, POAH stated that it is committed to creating “a more comprehensive preservation strategy” both “effectively and efficiently, so as not to delay the return of Barry Farm residents to their community.”

HPRB will receive a status report for its next meeting on Dec. 5. For news on the Barry Farm redevelopment and project updates from POAH, visit www.barryfarmredevelopment.org. 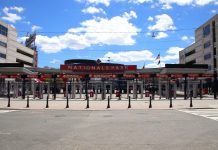 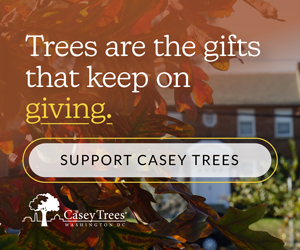 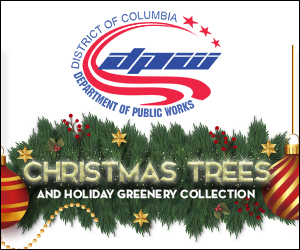 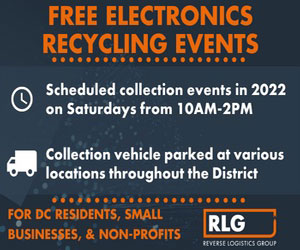 Pannell: Do Not Underestimate COVID