The Anacostia River is getting cleaner all the time. The effort to capture sewer runoff and prevent overflow into the River has reduced substantially the pollutants and trash. So now is the time to start thinking about how we can get more folks out on the river to enjoy it.

Seeing the Anacostia from boats is best done from kayaks and canoes and other vessels we propel ourselves. Among other things, the low-level railroad crossing right above the Pennsylvania Avenue bridge limits access of many motorboats to the north and there are few motor vessels at the only marina to the north, in Bladensburg. So the river is both safe and peaceful for paddling. Even more important, being down close to the water and in control of your speed and access to the shallows allows you to see and enjoy the Anacostia’s offerings.

There are only four places that rent self-propelled vessels like canoes and kayaks, and three of them are south of the railroad bridge where paddlers have to deal with a lot more motorboat traffic.

Where To Rent
The site with the easiest access for most people is in Yards Park right next to the baseball stadium alongside the old pumphouse. They offer a range of vessels, including canoes, kayaks and stand-up paddle boats. And they allow you to put in your own vessel. It is run by “Boating in DC at Ballpark Boathouse”; the website; www.getmyboat.com/Washington-DC/BoatRentals.

A similar range of boats and use of the dock for your own vessel is available at the south end of the Wharf development along Washington Channel in Southwest off Maine Avenue. This is a good distance from the Anacostia itself, but offers nice views of the waterfront and adjacent parks. It is called “Boating in DC at District Wharf” and uses the same webpage as their Yards Park site above.

A site between these two is preparing to offer a similar range of craft and services. This is the James Creek Marina at the end of Buzzard Point below the soccer stadium and alongside Fort McNair. They hope to offer rentals and allow put-ins by next spring, but dock construction may delay the start-date.

Finally, there is the marina at Bladensburg Waterfront Park operated by Prince Georges County. It is right below the Peace Cross with easy auto access from Kenilworth Avenue on the extension from the Anacostia Freeway. It offers a range of vessels to rent including canoes, kayaks and sit-down bicycle-type paddle boats. You can also use the docks for your own vessels. While it is distant, it provides access to the most pristine riverside miles. The website: www.pgparks.com>Bladensburg-Waterfront-Park.at

Expanding Access to the River
With just three (soon to be four) places offering rentals, with one of them off the River in Washington Channel, and with only one above the railroad bridge, we need to ask what more could and should be done to make it possible for more people to get out on the River.

One place to start is to look at existing places where folks can put in their own vessel and whether some of those locales could offer rentals. While we should consider both sides we should keep in mind the need to open up more areas along the eastern shoreline in Anacostia. A number of places stand out, although getting permission and support from the City and agencies owning the land will vary.

Let’s look at prospects, starting on the east side of the River, where the need is greatest:

Over across the River, there are also some prospects for expanding the availability of boats to rent and places for boat-owners to put in. Two areas in particular are naturals for providing these services, Kingman/Heritage Islands and the boathouses above the 11th Street Bridge:

There are two potential areas for rentals on Kingman Island. The most obvious is to connect a rental business to the RFK parking lot entrance to the islands. Currently, there is a minimal put-in and about eight canoes for education programs just to the right where the bridge from Heritage Island lands on Kingman. It would be easy to expand this area and access would be excellent. The other prospect is at Benning Road on the east side of Kingman, where there is an auto entrance and parking and potential to place a facility leading down to the River. This option would allow direct access to the main part of the River and be closer to neighborhoods on the east side.

The area above the 11th street Bridge on the Capitol Hill side is comprised of a number of yacht clubs which emphasize large powerboats. But in the case of the two northernmost facilities there are prospects to add rentals of canoes, kayaks and other self-propelled vessels. The next to last facility is the Anacostia Community Boathouse at 1900 M St SE. It provides storage and program space for about a dozen clubs and programs supported by the DC Government that already encourage physical exercise and getting out on the water. These include high school and college rowing teams, and programs for young and old. It also provides extensive space for storage of privately owned self-propelled boats. The addition of a rental facility open to the public would be a natural. Check it out: www.anacostiaboathouse.org.

The final facility has it’s own special interest. It is the Seafarers’ Yacht Club, the oldest African-American Yacht Club in America. In speaking to members there about the prospect of launching a boat rental facility, there was great interest, in part because it could serve as a source of income and in part because it would make good use of the northern part of the property, which is currently vacant but adjacent to the water.

So as Our River heals and draws people out to experience it, it is only natural to think about how to make their access and enjoyment easier. Not only will this enhance support for the River’s continued recovery, it is a chance to provide green jobs and other economic opportunities in support of a great cause and a permanent improvement to all our lives. 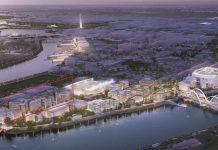 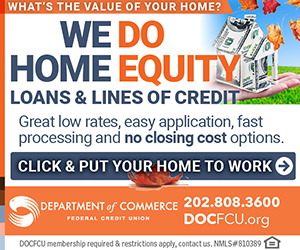 What’s Safe for My Unvaccinated Child?