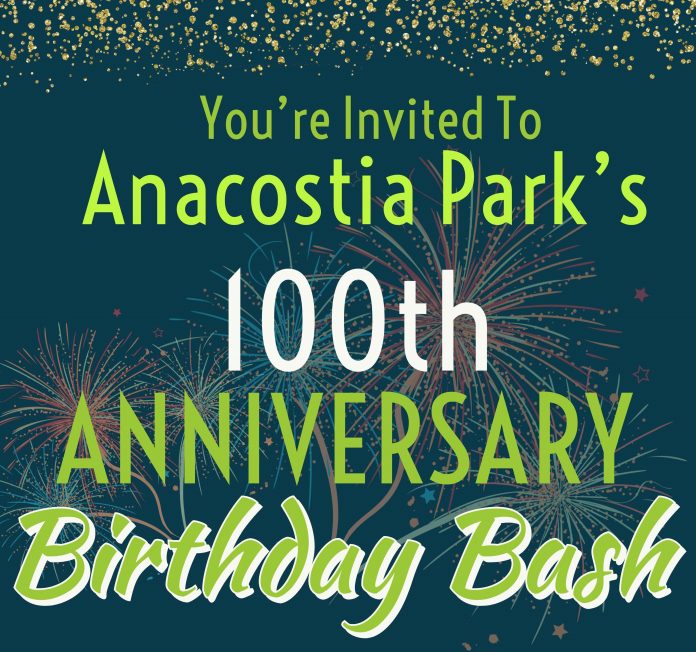 You’re Invited! Be a part of Anacostia Park history during the two-day centennial birthday bash on August 31 and September 1, 2018.

On August 31, 1918, when Congress had the foresight to preserve land along the Anacostia River to create Anacostia Park. Today, Anacostia Park is a vibrant urban park providing inspirational learning, recreational fun and community unity in the heart of D.C.

In remarks delivered at a city event last February, NPS Ranger Vince Vaise said that a celebration such as the Year of the Anacostia can awaken people from what he called their “historical amnesia,” reminding them of the importance of the river to the District, past, present and future.

He reminded listeners of the important events that had taken place along the shores, from the naturalist collecting of noted statesman and abolitionist Frederick Douglass to the Great Pool Integration Riots of 1949, which broke down the final barriers of recreational segregation in the District.

Vaise said that both the centennial birthday celebrations and the designation of Kingman and Heritage Islands as a state conservation area in February reminded residents of the importance of the river to everyone in the District.

“What’s glorious about today,” he said, “is that we are making history today.”

Join the National Park Service (NPS) as they celebrate and continue to make that history. Mark the 100th year of your neighborhood national park with an evening summer concert on the lawn on Friday and all day fun in the park on Saturday.