Her comments came after Events DC introduced a timeline and schematic plans for the first phase of the short-term plans for the stadium site. The first phase calls for multipurpose recreational fields for lacrosse, soccer and little-league baseball and features green space, a playground, restroom facilities and a pavilion.

Carson-Carr expressed concern about affordability and access to these facilities for all District residents, especially those living on the opposite side of the Anacostia River from the stadium site.

The Commissioner noted that there was a great barrier preventing easy foot and bicycle access to the fields and the site generally for residents of her ANC and of Ward 7 generally. She invited Events DC President and CEO Gregory O’Dell to the ANC 7F meeting taking place Feb. 20th, which District Department of Transportation (DDOT) Director Jeff Marootian is also expected to attend.

“You’re cutting off a whole ward’s use of that area unless they’re driving,” Carson-Carr said, arguing that the parking lot was insufficient for the people that would be compelled to drive from Ward 7, let alone the entire District. “Make sure the fields are accessible to DC residents, because a lot of the things are not.”

Acknowledging the conversations he had previously with the Commissioner, O’Dell spoke about the co-ordination between DDOT and Events DC in regard to transportation. He said that there would be “tremendous harm to all of us if we spend all this time and energy and build this, and it’s not accessible to people. So we agree 100%.”

In comments after the meeting, Commissioner Carson-Carr said that she thought O’Dell didn’t sufficiently address her concerns about accessibility.

At the moment, she said, Ward 7 residents have to risk their lives to get to the site by bike or on foot.

“Because the walkway is very narrow, it is under the [E Capitol Street] tunnel right now. And for us to walk there is pretty much impossible,” she said. “In order to ride a bike, you’re dealing with 40 mile-an-hour traffic that you would have to be in the street with.”

“If you make that accessible, then you have more Ward 7 residents being able to use it; then it would have walkability,” she added.

“Cause right now, your life is in your hands.”

The fields are the first element that has a timeline for completion out of the short-term plans for the RFK Stadium Campus first presented by Events DC in January 2017. The short-term plans contain five components: the multipurpose fields, a market hall, a sports and recreation complex, pedestrian bridges connecting the west and east banks of the Anacostia River to Heritage and Kingman Islands, and a new memorial site for Robert F. Kennedy, for whom the stadium is named.

Meetings of ANC 7F, the Commission chaired by Carson-Carr generally take place at 6:30 p.m. on the third Tuesday of the month, this month Feb. 20th, at the Washington Tennis and Education Foundation (200 Stoddert Place SE). 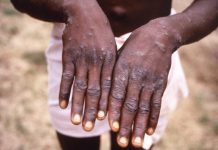 Six Summer Walks Along Our River