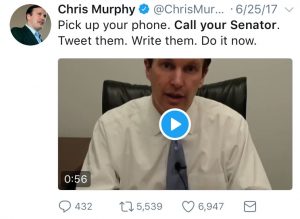 I spent most of this summer mad as hell.

I was mad as hell because the US Senate tried to rip health insurance away from 41,000 District citizens and we had no senators here to lend their voice or exercise their vote on the matter.

I was mad as hell because this issue, like every other issue before the Senate in our country’s history, left out the voice and vote of the people of the District of Columbia.

And I was mad as hell because many Democratic senators spent weeks urging the American people to “Call Your Senators,” yet they are mute on whether or not the people of DC should have senators of our own.

Yes, I was mad at Sen. Mitch McConnell for his unprincipled legislative moves to subvert an open and transparent process, but I expect this of him. He’s a man whose moral compass constantly searches for true north but never finds it. I expect the worst from Mitch because he cares little about principle, process, or policy and only cares for politics. I have a low bar for him and he never fails to lower it further.

On the other side of the aisle, however, are those I think highly of, yet their silence on the political status of the District of Columbia brings me great pain. I’ll call them the “Call Your Senator Caucus” because they preach about participatory democracy, and in many ways they have legislative track records to back it up, except when it come to the people of the District of Columbia. During the healthcare debate, they took to Twitter, Facebook, TV, and the steps of the Capitol to implore Americans to be more engaged in the democratic process, to raise our voices, and to help influence the legislative process, yet they are mute on democracy for the people of DC. 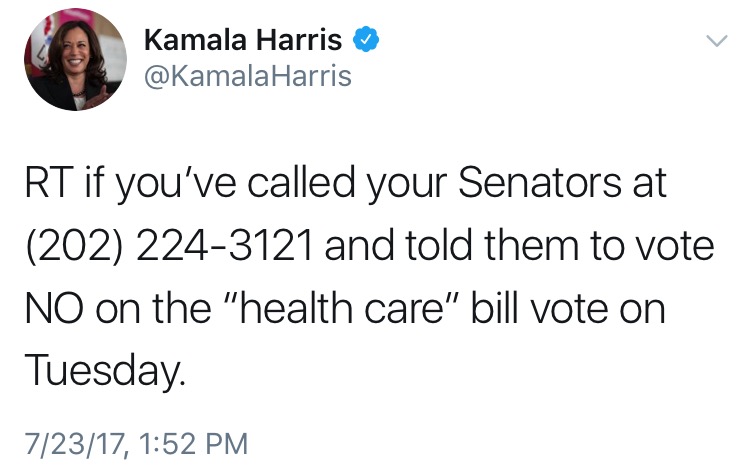 The Call Your Senator Caucus is made up of Chris Murphy (D-Conn.), Richard Blumenthal (D-Conn.), Cory Booker (D-N.J.), Kamala Harris (D-Calif.), Brian Schatz (D-Hawaii), Jeff Merkley (D-Ore.), and Martin Heinrich (D-N.M.). All good people with legislative records I largely agree with, but of the caucus members only Booker and Schatz are cosponsors of the DC statehood bill. Every single time I heard or saw senators urging Americans to call their senators, both quietly and at times not so quietly, I said, “Dammit, I don’t have senators to call!”

We cannot let these senators turn a blind eye toward our current status nor our pursuit for equality. It’s time for those of us in the District to call the Call Your Senator Caucus and ask them to support our right to have our own senators. Call these offices and tell them that we pay taxes ($26 billion annually, more than 20 states), we have a greater population than two states (Vermont and Wyoming), and we overwhelmingly voted for DC statehood last fall (86 percent in favor) using the limited vote we have to express our democratic desire to be equal partners in the American union. Tell them we desperately want to call our senators, but we need their help and support to make it happen. Urge them to cosponsor S. 1278, the Washington, DC, Admission Act.

If you too are mad as hell, or moderately upset, or minutely disturbed by the fact that we have no senators to call, give the Call Your Senator Caucus a call and ask them to stand with and up for the people of DC:

I was mad as hell (and I still am), but being mad will not make us equal. Coordinated and targeted action will. Give them all a call and let us keep building a coalition of support for DC statehood.

Josh Burch is a member of Neighbors United for DC Statehood (www.the51st.org), a group of residents who believe that community organizing and strategic congressional outreach are the foundation and driving force behind the DC statehood movement. He can be found at josh@unitedforstatehood.com or followed at @JBurchDC. 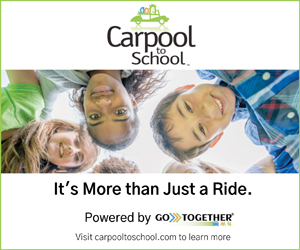