On a slow and quiet Sunday morning in the heart of Anacostia, the words of Dr. Martin Luther King Jr. echo and ricochet up and down the avenue bearing his name. His powerful voice of protest, with its rhythmic cadence, emanates from the speakers of the independent station at 1918 Martin Luther King Jr. Ave. SE. WeAct Radio celebrated its fifth anniversary this past month.

With five years of continuous operation and recent recognition from local media, Kymone Freeman’s brainchild can no longer be seen as a startup. “We’ve been here five years, which makes us an institution on the radical side of Martin Luther King Jr. Avenue,” says Freeman.

Calling attention to “the radical side” is a deliberate effort, says Freeman. “From our front door, we have seen a building facade, which had a large poster of Frederick Douglass, collapse. We are across the street from nothing, a vacant lot. This is where we survive, where our voice of dissent originates from.”

Founded through a partnership between Freeman and Alex Lawson, executive director of Security Works, WeAct Radio has developed as a hybrid between a radio station and community center.

After a protracted legal fight with the FCC and Radio One, which filed injunctions over a LPFM (100 watts low power FM), WeAct launched as a local broadcast station at 1480 AM during its first three years but is now internet-based.

“WeAct Radio started out with a terrestrial signal broadcasting out of Dumfries, Va., with content coming from the Anacostia location,” says Ron Pinchback, former general manager of WPFW 89.3 FM. “The station later decided to forgo the costs of maintaining a terrestrial signal and opted to concentrate on developing its internet broadcast capabilities and video content production. What has stayed the same is the level of activism and commitment of those involved with the station.”

WeAct’s Lineup
The station’s programming delivers content from activists from all walks of life. In the early days, Freeman and Pinchback hosted a daily call-in show focusing on local, national, and international news. Called “Speakeasy,” the show was one of the founding programs. Before securing a television show with WHUT, Rock Newman broadcast a show at WeAct’s studios.

Pinchback currently assists the production of “The Education Town Hall,” which airs Thursday at 11 a.m. and is hosted by Thomas Byrd and Capital Community News correspondent Virginia Spatz. “One of the reasons I became involved with WeAct was because of its potential impact on the community,” Pinchback says. “People need access to media as well as relevant programming. WeAct provides both. Students are participating and learning about the business of communications. Adults use the facility to hold meetings which are sometimes broadcast to the public. WeAct serves as a people’s communications hub for the entire community.”

One of the station’s popular shows is “Clearing the FOG,” with FOG standing for “Forces of Greed,” according to the show’s co-host, Kevin Zeese, a nationally known criminal-justice- and drug-law-reform advocate. The weekly one-hour show airs from 11 a.m. to noon on Monday and is available any time as a podcast through WeAct’s website. Along with other outlets, the Progressive Radio Network syndicates the show every Tuesday at 5 p.m.

Co-hosting with Dr. Margaret Flowers, Zeese usually presents one to three guests to discuss building “the mass transformational movement we need to achieve economic, racial and environmental justice as well as peace.”

Freeman proclaims that WeAct Radio is a voice of dissent on the airwaves and in the community. This governing philosophy is reflected in the programming. Zeese says, “One of the greatest challenges we face in the United States is misinformation about our history and current events. This is intentional on part of those who profit from the current system and control the mass corporate media. The commercial media is losing credibility because their misleading coverage is becoming more evident to many millions of people.”

Prior to working on his radio show, Zeese produced a television show advocating the reform of drug laws. It was syndicated to more than 100 PBS stations across the country. Upon meeting Freeman in the early 2000s, Zeese was invited to speak at the Black LUV Fest. They have collaborated ever since.

With the anniversary now in the rearview mirror, WeAct is building a stronger infrastructure, expanding community relationships, and improving its technology, adding video production to its website. Technical mishaps, such as phone lines going down, are now a thing of the past. Launching its first fundraising effort recently, the station raised nearly $20,000.

Community Impact
From its outset WeAct sought to have an influence in the neighborhood as a public space of consciousness and conversation. During its five years, WeAct has hosted debates for local office seekers, served as a gathering point for local and national protest efforts, and welcomed community meetings and events.

For Michael Sterling, proprietor of Caribbean Connections at the corner of Martin Luther King Jr. Avenue and Maple View Place, Freeman is more than a station manager and radio personality. Before opening Caribbean Connections, which catered WeAct’s anniversary party, Sterling was in dispute with the owners of Big Chair Coffee and had to remove thousands of dollars of equipment. In need of emergency help, Sterling was allowed by Freeman to store his equipment at the radio station for nearly two years. When Sterling was preparing to open his new eatery, he asked Freeman how much he owed him for the storage. “Kymone is a community person first and social justice warrior second,” says Sterling. “When it was time to take my stuff back, I asked Kymone how much I owed him and he said, ‘Nothing.’ That’s the sort of person he is.”

In the past year, Freeman and the station have embraced partnerships with City First Enterprises (CFE), a nonprofit working to promote social justice by increasing economic access and expanding opportunity for low-wealth communities. Robert Burns of CFE attended WeAct’s birthday party. “As City First Enterprises became engaged with the 11th Street Bridge Park and participated in its equitable development planning efforts, I became acquainted with WeAct and Kymone,” Burns said. “Kymone has been actively engaged in the process and has volunteered his time. I respect Kymone and admire what he and his team have been able to build with WeAct.”

Drive to Open Community Bookstore
To alleviate the book desert east of the river, WeAct Radio, under Freeman’s direction, is planning to open the Charnice Milton Community Bookstore in the basement of WeAct Radio later this year. The bookstore will be named in honor of Charnice Milton, correspondent for East of the River and Hill Rag, who after attending a community meeting was tragically killed on May 27, 2015, waiting for her bus home at Good Hope Road and Naylor Road. Book donations will be accepted through the summer on Wednesday, 5.-8 p.m. 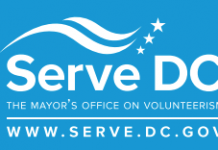 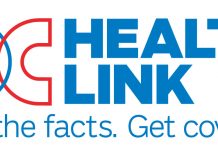 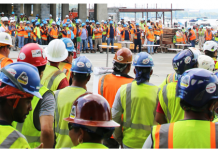 Citizen Diplomacy East of the River