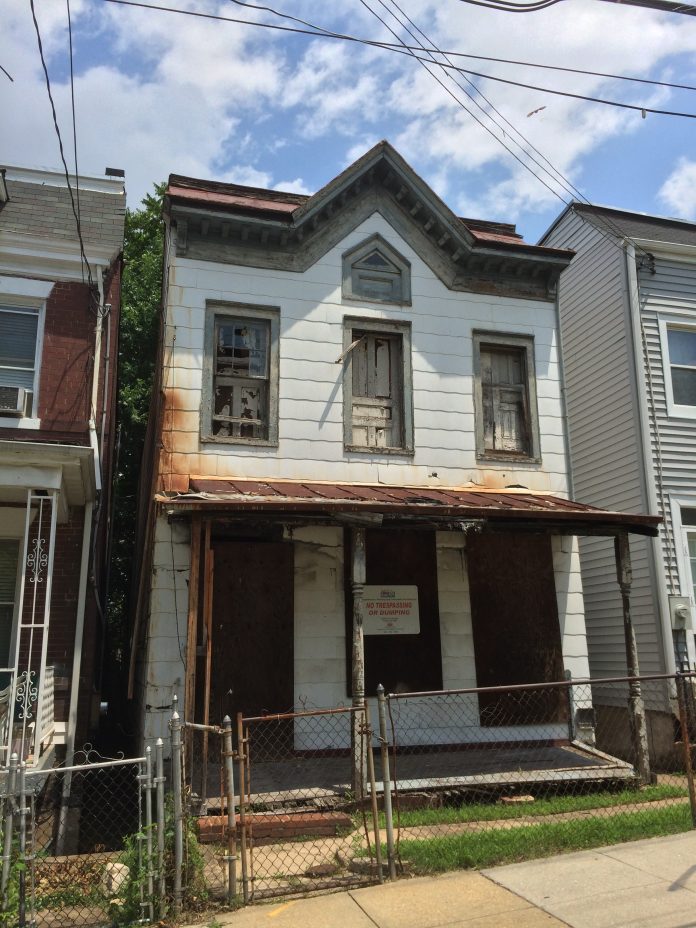 Dispersed throughout the Anacostia Historic District are idle and orphaned homes whose custody is being fought over between two branches of the city’s government.

Plans for rehabilitation of the long-blighted properties (1326 Valley Place, 1220 Maple View Place, 1518 W St., 1648 U St., and two vacant lots on W Street SE) owned by the city began when the L’Enfant Trust, an historic preservation nonprofit organization founded in 1978, became active in the Anacostia Historic District in 2012. Within two years it acquired, reconstructed, and sold 1347 Maple View Place and 2010 14th St. SE without the aid of city funding. It financed the projects to a loss of hundreds of thousands of dollars although a portion of labor and construction costs was discounted or donated by companies they recruited.

A groundswell of community goodwill and subsequent media coverage positioned the Trust to continue working in the neighborhood. The Trust twice met with officials from the Department of Housing and Community Development (DHCD) while also meeting with members of the DC Council. Chair Phil Mendelson and his staff were responsive to the Trust, and passed legislation in fall 2016 that conveyed the blighted DHCD properties to the Trust. Within a matter of days DHCD announced a solicitation for offers (SFO) for its portfolio of vacant properties within the Anacostia Historic District.

Late last month DHCD announced it had received two responses to the SFO: one from Mi Casa, a nonprofit affordable housing developer that has completed more than 500 affordable housing units since its founding in 1992, and the other from the Development Corporation of Columbia Heights (DCCH), a nonprofit community development corporation that has delivered more than 131 units of affordable housing for low- and moderate-income families since its first project in 1991. The developers will be expected to complete construction and/or rehabilitation within 18 months of closing, according to DHCD.

Officials Divided
Council Chair Mendelson and Ward 8 Councilmember Trayon White are not in full agreement with DHCD Director Polly Donaldson on some of the issues. Councilmember White, alluding to the role of the Trust, told East of the River, “These properties left ‘as is’ are not what the community needs, so at all costs it benefits everyone to get them back on market and sold so the community will not only look good, but also increase property values.”

Mendelson also supported the Trust, saying, “What’s at issue here is there is a reputable company that has rehabbed houses in this Historic District who will do this free of charge, and the city has rejected them and instead is going with a bidder to whom the city has offered to pay $2 million.” He continued, “These precious funds are coming out of our Housing Production Trust Fund. Why should the city pay when we know for sure it can get the same product for free?” He said that DHCD was “clearly trying to thwart the Council. That’s not a good basis for public policy, in this case public policy that is going to cost us $2 million we don’t need to spend.”

The expenditure Mendelson questions has been the bedrock of Mayor Bowser’s annual $100 million commitment to support affordable housing preservation or new construction. According to DHCD this commitment is “more than any city per capita in the country,” and when compared to states, “DC’s trust fund is the country’s second largest in the country.” DHCD is a lead agency in carrying out the mayor’s affordable housing policies.

“Since January 2015, one of DHCD’s top priorities has been aggressively moving vacant and blighted properties out of its pipeline,” says Donaldson. She characterized the 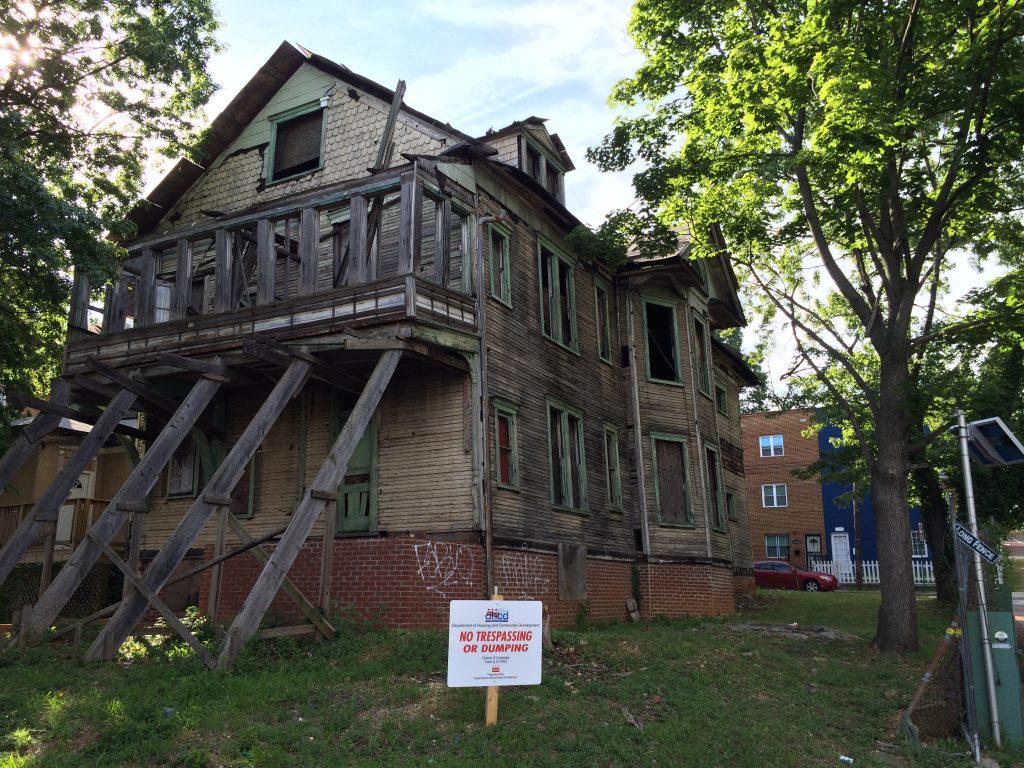 competitive solicitation process as “fair, transparent and open,” ensuring that “all interested developers have the chance to bid on properties that will ultimately result in new, vibrant affordable homes for District residents making no more than 80 percent of the area median income.”

Donaldson noted that DHCD had recently closed its solicitation of offers on turning six properties in Historic Anacostia into affordable housing. “DHCD only evaluates the proposals of applicants that have formally responded to our SFOs. In the case of the historic Anacostia SFO, the only two applicants were Mi Casa and DCCH. DHCD is currently in the process of reviewing the proposals we received.”

According to Lauren McHale, executive director of the L’Enfant Trust, “The city has a two-track approach – two very separate approaches in facing its obligation to the Anacostia community.” The legislative method and executive edict are two trains running in opposite directions. “Chairman Mendelson accepted the Trust’s philanthropic financing model to reclaim these derelict, scattered houses in the Anacostia Historic District,” McHale wrote in an email. “He saw our Historic Properties Redevelopment Program as a wonderful gift to the city – as did all members of the DC Council except for Ex-Councilmember May.”

The same level of support was not forthcoming from DHCD, McHale said. “Donaldson maintained that her agency must ‘get the best deal for its assets’ – never addressing that these buildings have been allowed to rot for years, even decades – causing the steep costs that any developer will face when rehabbing these derelict homes.”

Whether or not the door remains open for the L’Enfant Trust, McHale is aware the organization has a legacy of preservation that will continue to reverberate. “The Trust is pleased to have played its role in supporting the Anacostia community in finding a way to force the District government to take responsibility for its stewardship obligations in Ward 8.

For More Information
DHCD is completing the deliberative process of proposal evaluation and will announce the award by April. Residents with questions can contact DHCD at 202-442-7200 or check the website at http://dhcd.dc.gov/ for periodic updates. DHCD encourages residents to use the Housing Resource Center or dchousingsearch.org to find affordable housing.