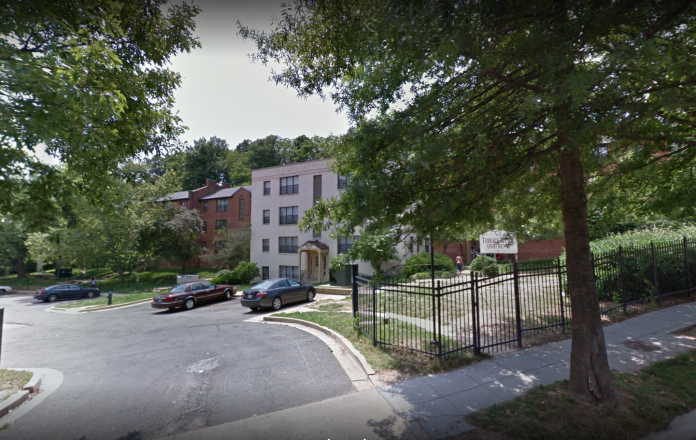 Efforts by officials of the DC government to improve the living conditions of renters in the city, particularly those east of the Anacostia River, may have taken another step forward. Earlier this month the Office of the Attorney General (OAG) secured a court-ordered repair plan that requires Sanford Capital LLC and its partners make immediate and long-term improvements at Terrace Manor apartments in Ward 8 while temporarily waiving residents’ rents.

That action, established through a settlement agreement, comes after Attorney General Karl Racine filed a lawsuit against the company. Tenants had complained for more than two years that the landlord was allowing the 11-building, 61-unit complex to decline substantially, jeopardizing the public’s health and safety. Inspectors from the Department of Consumer and Regulatory Affairs (DCRA) cited Sanford Capital in 2016 with more than 70 violations of the housing code.

Under the court-approved agreement, the DCRA is required to assign a specific inspector to Terrace Manor to ensure that previous violations cited by the agency have been addressed. Any outstanding problems must be fixed “rapidly,” according to the OAG. The inspector also would reinspect the property within 10 days and report continuing violations to the court, which could hold Sanford in breach of the agreement. The company also must clean the property within 30 days, including clearing it of trash and debris, eliminating rodent infestation, mitigating any mold problems, and boarding up vacant units while posting “No Trespassing” signs on them.

“Protecting affordable housing in the District is a priority at OAG, and this abatement plan is a strong first step toward ensuring that the remaining tenants at Terrace Manor can live in habitable homes,” said Racine. Taylor Healy, an attorney with Bread for the City’s legal clinic, which has represented Terrace Manor residents for the past four years, agreed. She told East of the River that her clients are “hopeful that having an enforceable abatement plan monitored by the court will encourage Sanford Capital to make much needed repairs that have gone largely ignored since 2012.”

Under the abatement agreement, Sanford also has committed to completely renovate two of the 11 buildings and relocate the remaining tenants into them. As part of that rehabilitation the company agreed to install “new drywall, flooring, appliances, HVAC, and laundry accommodations.”

Sanford “will waive rent for the remaining tenants from the time construction commences on the fully renovated buildings until the rehabilitation is complete, which the plan requires to be 90 days or less from the time that Sanford acquires the proper permits,” according to the OAG. The company has pledged to pay all moving expenses for tenants, set rental rates at current amounts, and not increase rents for 12 months following rehabilitation. “If [it] rehabilitates or renovates other units at the property, tenants will retain the right of return to their original units,” according to the OAG.

“The plan speaks for itself,” explained Stephen Hessler, the attorney for Sanford who “personally hammered out” the abatement agreement. “It’s a workable plan; it’s a good plan; and it’s in the public interest. The focus is on maintaining the property and maintaining affordable housing.”

Don’t Start Dancing
Undoubtedly the abatement agreement will bring residents some relief. But outstanding issues remain. Consider for example, that Sanford has filed its own countersuit. Hessler declined to discuss that complaint. “It’s not in my client’s best interest to talk to anybody about what the case means. It’s technical and based on a lot of complicated documents.”

Among other things, Sanford asserted in its complaint that it did not have sufficient capital to follow through on the memorandum of understanding it entered into with the Terrace Manor tenant association in 2012 when it purchased the complex. In some instances tenants were not paying their rent as required.

Lack of capital was exacerbated, the company claimed, by the fact that the Department of Housing and Community Development (DHCD) refused to act in a timely manner on a loan request. When Sanford bought the property it assumed at least two existing loans with the government. It had to borrow additional funds. On June 1, 2016, DHCD was advised that Sanford had paid off the “junior loan,” according to Gwendolyn Cofield, agency spokesperson. But when the company asked DHCD to allow it to pay off the private debt before satisfying all its obligations with the agency, DHCD said no. That denial created a cashflow problem, Sanford asserted.

An OAG spokesman was unable to determine when or if the court would rule on Sanford’s complaint. Hessler said that despite the abatement plan agreement, Sanford would continue its lawsuit.

DC Superior Court Judge John Mott also hasn’t decided on another critical aspect of the AG’s original complaint. “We will continue to aggressively pursue our consumer protection claims, which, if proved, could return rent reimbursements to the remaining tenants at Terrace Manor, as well as past tenants who suffered and were forced out of their homes due to Sanford’s neglect,” said Racine.

Then there is the issue of the sale of Terrace Manor. Sanford has put the property on the market. It reportedly has a potential buyer on the hook. The tenants’ lawyer, Healy, said that residents expect to exercise their rights under the Tenant Opportunity Purchase Act (TOPA) to make a counteroffer. It won’t be the first time. In 2012 they entered into a TOPA agreement with Sanford, turning over ownership of the complex to that company with the understanding repairs would be made to the 11 buildings, which were showing signs of wear and tear from the previous owner’s neglect.

Again the tenants are seeking a developer with whom they can partner to match the current third-party contract Sanford has secured from an unnamed company, said Healy. TOPA transactions can take as long as six to 12 months. “As the TOPA process moves forward, one of the tenant association’s goals is to ensure that the sale doesn’t relieve Sanford of its obligations under the abatement plan, [DC] housing code and property maintenance code,” added Healy.

OAG spokesman Robert Marus said he wasn’t sure what would happen if the property were sold in the middle of the abatement process. In fact, he said, the AG had only recently learned Sanford had a contract on the market. “We have more questions than answers right now.”

Maybe Terrace Manor tenants can’t even claim a partial victory after all.

Jonetta Rose Barras is a DC-based freelance writer; she blogs at jonettarosebarras.com.